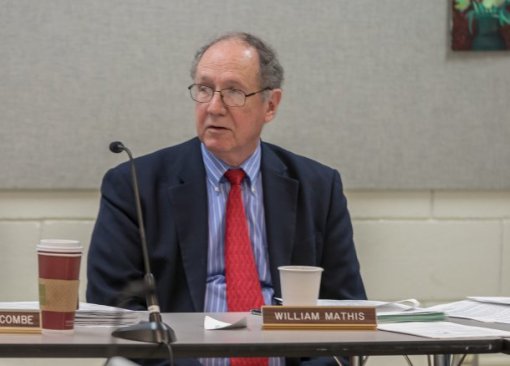 In the past, Reps. Oliver Olsen, of Londonderry, Adam Greshin, of Warren, and Laura Sibilia, of Dover, signed a nine-page letter and issued a news release calling for more transparency and accountability by the board. They expressed concern that board member William Mathis worked for a national education organization based in Colorado that receives funding from teachers unions and that he has written policy papers raising civil rights questions about charter schools and voucher policies.

What Americans Think About Their Schools

“Schools are not as good as they were in my day. Kids had to mind then. Not like today. Things are out of control.” Said in a variety of ways, over half the population agrees. The truth is that schools are a lot better in many ways — and worse in others.

Among the better ways, since 1971, when reliable records became available, 9 and 13 year olds have registered steady improvement in reading and math while minority students are closing the achievement gaps. The national graduation rate is at an all-time high of 84% and it has steadily increased since we passed 50% in 1948. Serving needy children is now the law of the land. There is less smoking, bullying and drinking. That is not a bad picture.

But the citizens have reason to see it differently.

On the nightly news, the latest school shooting will be the lead and the villain will be glorified with name, picture and amateur psychoanalysis (Note to Media: Don’t give the perpetrators personalized attention). School lockdowns, police tactical squad exercises, allegations of impropriety, privatization lobbyists, religious objectors, sports parents, angry parents, gun toting teachers, juvenile drug pushers, opioids, school closing controversies, publicity seeking politicians, and discrimination charges all find their way into the headlines and ooze into our collective psyche.

To get an even handed picture of the public attitudes toward education, Phi Delta Kappa, an honorary education society, sponsors an independent national poll each year. This year, it has some positive results and some things we should worry about. Perhaps the most important finding in this time of calls for charter schools and privatization is 78% of Americans prefer to reform the existing public school system rather than replace it with something else. This is the highest support level in the past 20 years and is an affirmation of the public’s will to look to the common good. Perhaps people are concerned about the fragmenting of the values that held us all together, the things that make us a nation.

As elections get closer, the perennial question of taxes is raised. Here we might be surprised. Even though the single biggest cost of education is teacher salaries and benefits, two-thirds of the citizenry think that teachers are underpaid while “an overwhelming 73% of Americans say teacher pay in their community is too low” and 73% would support teachers going out on strike for higher salaries, including about 6 in 10 Republicans. This is the highest support for teacher pay seen in the 50 years of the poll. For the last seventeen years, the lack of funding has been named as the biggest problem facing their local schools.

The citizenry also shows a strong commitment to equality even as the news brings us disturbing pictures of some folks wanting to refight the civil war. There should be extra programs and resources for children with special needs say 60% of the sample. The public also realizes that the achievement gap is also the opportunities gap. While recognizing the racial and geographic differences, the root problem is the income gap. We should be disturbed about the increasing segregation of schools and society. Low-income areas have lower expectations, lesser resources, and lesser achievement.

As an educator the most discouraging finding is that parents don’t want their children to be teachers. The public, nevertheless, has high regard for teachers but that does not translate into a livable wage for half the teachers in the country, reports Education Week. Teacher benefits are better than what are provided in other fields but the astronomical increase in medical and prescription costs is pushing negotiators to ask the teachers to pay an ever increasing share. Add a crushing college loan debt and the field becomes a poor economic choice. Teachers fundamentally like their work but the finances and ever increasing laws generate a bureaucratic deterrent. We face teacher and administrator shortages in a state that is losing student population.

As a society, we can be proud of our educational system and we honor our teachers. Large crises loom on the horizon particularly as manufacturing is off-shored, middle class jobs are eliminated, medical costs threaten people’s ability to afford care and as our nation ages. Of course, the answer is investing in our future and providing the skills and opportunities a new generation needs to sustain our nation and our planet.

The fiftieth Phi Delta Kappan poll can be found at http://pdkpoll.org/results

William J. Mathis is the managing director of the National Education Policy Center and Vice-Chair of the Vermont State Board of Education. The views expressed are not necessarily the opinions of any group with which he is affiliated.

National Education organization based in Colorado that receives funding from teachers unions and that has various groups and persons have written policy papers raising civil rights questions about charter schools and voucher policies.