But one race in particular seems to have the influence of the Prince George’s County Education Association (PGCEA). County Council candidate for district 7, Michelle Clark, is a member of PGCEA as well as a member of the elected board of Directors for the organization. There are huge concerns that the PGCEA may possibly endorse Michele Clarke over her opponent, long time PGCEA supporter and Progressive Maryland candidate for County Council for district, 7 Krystal Oriadha. This is despite the fact that  she has been an avid supporter of community schools and the PGCEA for years. In addition, the PGCEA has known about her candidacy since she first entered the race.

There is also a speculation within the union members, that PGCEA has already taken a vote in which Krystal won their endorsement. However, there is a push for another meeting and another vote to take place so that Michelle Clark could win the vote. This comes despite the fact that Michele Clarke, although a teacher within the county, has been out on the family Medical Leave Act for over 50 days due to an injury sustained by a child under the age of 5.

There have also been questions as it relates to Mrs. Clarke abiding by the rules of the Family medical Leave Act (FMLA) and not campaigning during the hours where she would traditionally be teaching. There are concerns her leave of absence is a clear violation of the FMLA. That, coupled with union reports gives the appearance that she has blessing from big bosses at Sasscer in order to win the race and help secure a seat within the council for PGCEA and in return influence the Board of Education for Prince George’s county. These concerns were reported by the union members themselves who are familiar with the current situation in the county. 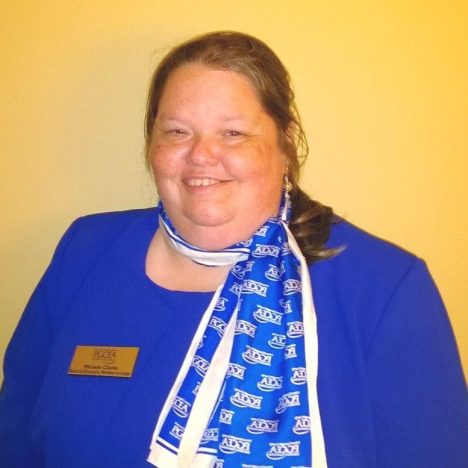 County Council candidate for district 7, Michele Clarke, is a member of PGCEA as well as on the elected board of Directors for the organization. She wants to fight corruption within the county heads on.

Reform Sasscer Movement for Prince George’s County reached out to Mrs. Michele Clarke concerning these issues. Here are her responses;

Question 1. There are reports from some of your members that you are out on family medical leave. Is that correct?

Michele Clarke, Answer:  That is not exactly accurate. I am out on medical leave at the moment, but should be back in 2 weeks.

Question 2. Is there possible conflict of interest as it relates to PGCEA as official running for office? Some members have huge concerns about you as a candidate in general but kind of feel like you are the only person that would “bite” and running for elected office in order to push the PGCEA agenda for an elected seat. How do you respond to that?

Michele Clarke, Answer:  Is this an interview for an article? PGCEA is endorsing a different candidate, so perhaps you should her that question.

Question 3. Concerns were forwarded and we are following up. Which candidates has been endorsed? Also why has PGCEA not denounced delegates who sat on the bills in Annapolis?

Michele Clarke, Answer:  I believe they will announce all endorsed candidates later this week, so you will know then. I was asked to leave the meeting for the discussion, so I don’t know what was discussed only that I was not recommended by the endorsement committee.

Question 4. What role does the previous PGCEA officers now in senior positions at Sasscer play in your organization?

Question 5. Are you familiar with these individuals?

Question 6. Who are these individuals can you name them?

Michele Clarke, Answer:  I believe you are referring to our former Executive Director and former uniserve director. They were employees not officers.

Question 7. There are concerns that, some officials of PGCEA are getting away with murder due to their high level connections at Sasscer. How do you respond to that?

Michele Clarke, Answer:  Bull crap. For clarification anything I say is a personal observation. I am not authorized to speak on behalf of PGCEA, so if you want any official you would need to contact President Theresa Dudley. I can only speak for myself not for PGCEA.

Question 8. You have not said much about why you want to run for county council seat in District 7. What motivated you to run?

Michele Clarke, Answer:   I have been active in my civic association for years and have seen the corruption in the school system and county government. I am tired of being powerless to effect the changes our county needs. I have seen schools in District 7 full of rodents, insects, mold, mildew, etc. while richer areas of the county get new schools with specialty programs and better facilities. I live in Capitol Heights and watch the inequities in our county every day. I care about the families and children I have worked with for the past 14 years and want to make a difference. It is fundamentally wrong when richer neighborhoods get roads repaired faster, snow removals faster, etc, etc, and I want to help turn it around so all students receive the world class education they should, that the citizens of District 7 receive the same services and money to improve our communities just the same as in richer areas of the county, etc, etc. The needs of people who don’t have money and power are not met in Prince George’s County and that needs to change. For these reasons and many more I am running for County Council because I want to be part of the solution not a part of the problem. I am not independently wealthy so I can’t afford to self-fund my campaign, and I have not taken any money from developers or special interests including PGCEA, Progressive Maryland, or any other PAC. In short I have seen the needs of my community going unmet for years while richer parts of the county have prospered, and I believe I can and will make a difference if elected.

Moderator: Ok cool. Thank you for your time. If I think of something I missed, I will reach out to you. 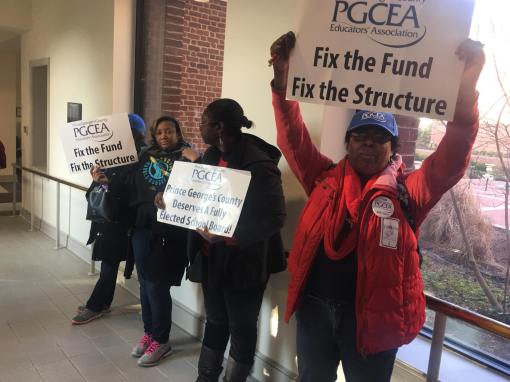 PGCEA members getting ready to go for a demonstration in Annapolis Maryland for fix the Fund and Fix the structure  protest. In the last few years, members of PGCEA have been in the receiving end after being duped by delegates and some senators in the Maryland legislature. Many of their grievances have not been addressed while others have been terminated and kept in limbo for many years. 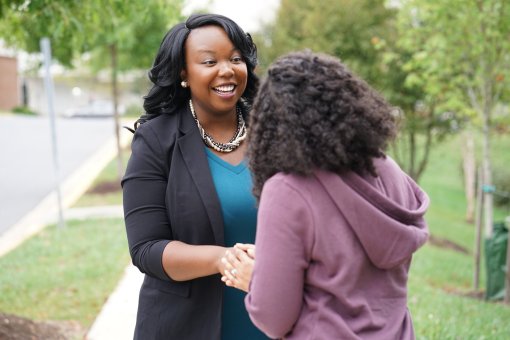