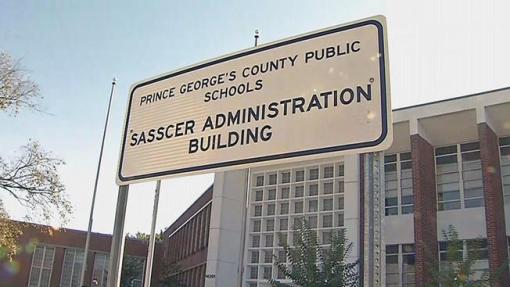 PGCPSMESS is an anti-corruption and pro-democracy blog, which over the years changed the educational landscape in Maryland. The blog author has faced difficulties in response to his investigative journalism. He has incurred heavy costs, suffered the emotional toll brought about by lengthy proceedings and in some instances, been deprived of his liberty. Despite such adversity, which would deter others, PGCPSMESS has continued documenting human rights violations in Prince George’s county and advocating for transparency and accountability by the local government involved in willful violation of state and Federal laws.
We must embrace vision of equality, justice, freedom and multiracial democracy, built on the premise that all people are created equal. Here in Prince George’s county, too much of politics  seems to reject the very concept of objective truth. There is utter loss of shame among many political leaders where they’re caught in a lie, and instead of owning to the issues, they just double down, and they lie some more while inviting their friends to protect them so that they can continue.

The lack of accountability of politicians and civil servants have played a major role in preventing Sustainable development from taking root in many parts of the world.  A particular example can be seen in Prince George’s County – Maryland.  A combination of political will from the top and public pressure from the base is the most effective way to generate accountability. Democratic governments attain their legitimacy from the people; their credibility depends on accountability and transparency. The primary victims of corruption—citizens and the international community— are the groups that most demand honesty in the government, and they have the most to gain from economic life governed by the rule of law. In order to establish an effective accountability system, policymakers need to focus their efforts on achieving the following goals:

Therefore, to create accountability in Prince George’s County public schools, we must create transparency and accountability in many ways.  Corruption begins in schools then spreads. Dr. William Hite Jr and Monica Goldson who started all these problems seems to be the spear of this corruption in the school system needs to be exposed and let go. We (the citizens) of Prince George’s County – Maryland deserve better.   Please don’t forget to tweet this and share in your facebook accounts.  We must address this together.

Reform Sasscer Movement (RSM) investigations are supported by readers like you. If you believe investigative journalism has the power to rock the world, join our RSM Insiders community today! With a gift of any amount, you’ll receive the Insiders benefits.

Donate (opens in a new tab)

Believe in the power of investigative journalism? Donate today and help us inspire and cultivate a global community of reporters and readers who believe journalism can bring about positive change.

Investigative journalism is costly, risky, and time-consuming, and RSM believes this work is more important than ever. Your gift directly helps us continue this work. As a thank you for your donation of any amount, you’ll become an RSM Insider earning you exclusive invitations to events, behind the scenes content, and more.