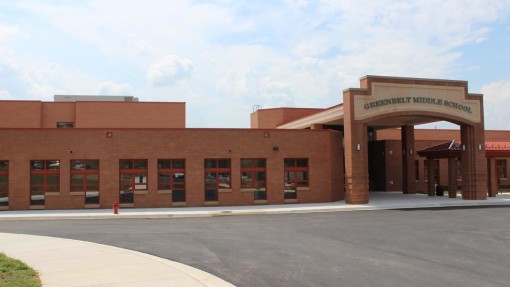 Greenbelt, Md. (Reform Sasscer ) —According to WJLA local New channel, AA BB gun was found at Greenbelt Middle School after a student reportedly told his mom someone on his bus had a gun.

The parent called 911 on Thursday morning to report the incident, according to a Prince Georges County Public Schools spokesperson.

Prince George’s County Police pulled the bus over to search everyone on board, but no weapon was found.

The students were moved to another bus and on arrival at school were assembled in a media center for an additional search.

A school spokesperson tells ABC7 a BB gun was found and disciplinary action will be taken.

In the meantime, many students and staff do not respect the top leadership of Dr. Monica Goldson due to ongoing misconduct as reported earlier and other violations. Ever since Dr. Goldson was appointed CEO, there is widespread interference of Federal and State laws to suit her illegal agenda. The unions Executives currently in Prince George’s County Public Schools (PGCPS) starting with Prince George’s County Education Association (PGCEA), Association of Supervisory and Administrative School Personnel (ASASP) and ACE-AFSCME Local 2250 have been compromised. This interference might be having an impact on teachers, students and other staff.

It’s a timely reminder that in Monica Goldson’s vision, public service is an amorphous concept. What matters, from the CEO’s perspective, is service to her. Loyalty to the county, state, nation and the rule of law are nice ideas, but CEO Monica Goldson expects and demands fealty to her and her interests – above all other considerations. The entire school district is a very hostile environment due to all cover ups going on.

While the origin of the term “labor racketeering” is obscure, it has come to be associated with a type of corruption perpetrated by union officials under the direction of, or in conjunction with, organized crime. Organized crime bosses exploit unions and union members through alliances with corrupted or intimidated union officials. In return, union officials provide mobsters access to the union treasury, pension and welfare funds, no-show jobs with the union, and support in establishing and enforcing employer cartels. Some organized crime members have held formal union office. In addition, of course, corrupt union officials such as in PGCPS District, whether or not connected to organized crime figures, engage in “ordinary” organizational corruption, such as misappropriation of funds.

In the current set up, Monica Goldson who has past ties to PGCEA and ASASP unions has made the Unions an extension arm of her office as an Executive which is unfair to the workers but that is another story for another day. It’s time to say No to the despots.

Dr. Monica Goldson current CEO for Prince George’s County advanced corruption for years and she is currently interfering with the unions to keep illegal activity under the table! In a recent event at the teacher union, she only showed up for 30 minutes and failed to address the issues. Since the exposure of her illegal activities, Goldson has no clue of what she is doing except to facilitate the hurt. When we glorify impunity at the expense of integrity, a nation’s socio- fabric erodes.#DespotsMustFall