The culture of corruption which began in Prince George’s County Public Schools (PGCPS) as part of an organized scheme promises to be a disaster in waiting according to the reports from Tennessee.  The well connected individuals saw several executives transfer to Tennessee when corruption was high. The current fiasco currently in progress in Prince George’s County in which millions disappeared has ties to Tennessee which promises to have both fronts exposed while “water” is already beginning to pick up as corruption spreads. Dr. Shawn Joseph who worked closely with former corrupt Maryland state Superintendent Lilian Lowery is facing his own medicine of sorts after he was caught red handed violating the laws. During his tenure in PGCPS, Dr. Swawn Joseph worked closely with Dr. Monica Goldson after Dr. Crawley left to Alexandria City Schools. Corruption in PGCPS has been very high since then. (See email from Donna Young below).

Systemic corruption erodes the legitimacy of laws and political leadership and makes a flourishing economy impossible. Approaches to combating corruption include improving integrity standards, advocating policies that limit opportunities for corruption, and designing institutional reforms that level the playing field for all businesses.

Tennessee and Maryland citizens are demanding accountability and sanctions after state and Federal  laws were broken willfully by corrupt leadership engaged in a pattern of racketeering activity connected to an enterprise in Maryland.

We reprint the report by newschannel5.com below:

NASHVILLE, Tenn. (WTVF) — Dr. Shawn Joseph told the Metro School Board that it’s time to start discussing the terms of his departure as Nashville’s director of schools.

In remarks at the beginning of Monday night’s board meeting, Joseph told the board that it’s time for “a mutual conversation to figure out how to best transition” to new leadership.

Joseph’s remarks followed months of controversy – a sexual harassment scandal, questionable contracts, and low teacher morale – that led one board member this week to give notice a vote in two weeks on terminating his contract.

It came the same day that NewsChannel 5 revealed the State Board of Education was proposing a one-year suspension of his state license for failing to report teacher misconduct cases.

“If there was a mistake that I made it was that I pushed too hard with too little resources and, as a result, people made errors,” Joseph said.

“The errors were not intentional or willful, as our audit communicated. They were just errors.”

He lashed out at NewsChannel 5 for what he called “biased” reporting and took swipes at his critics on the board.

“This is not a time to point fingers or to blame people,” Joseph said. “It’s a time for action and it’s a time for you to remember your civic duty to vote.”

The schools director also invoked images of Jesus in describing what he had experience.

“I’ll go ahead and leave you with the great rapper and philosopher Tupac Shakur,” Joseph added.

“I ain’t mad at ya. In due time, everybody tends to get what they deserve.”

Via  NewsChannel5 >>> Shawn Joseph asks school board to negotiate his departure 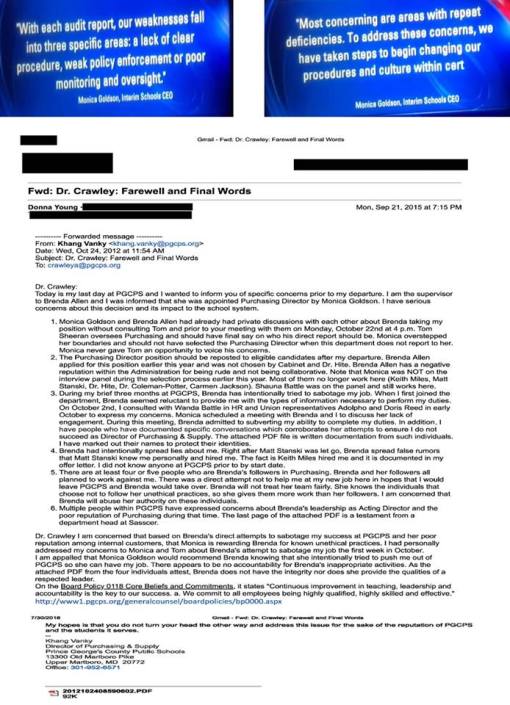