UPPER MALRBORO, Md. (FOX 5 DC) – Prince George’s Co. Public Schools is not following state law or its own policies when it comes to awarding millions of dollars in contracts, according to a state audit on the school system’s financial management.

FOX 5 has learned the school district’s director of purchasing is no longer employed as of Friday.

According to the audit by the Department of Legislative Services, the contracts in question total nearly $85 million.

According to the report, “the required justification was not documented for 13 of the 15 sole source contracts we tested totaling $6.8 million and PGCPS had not documented the benefits from one ICPA (intergovernmental cooperative purchasing agreement) contract“ valued at $34.8 million over five years.

The audit also found 32 contracts totaling $43.1 million were not submitted to the Board of Education for approval as required. Two of those contracts were awarded to vendors that were either not the most qualified or the lowest cost bidders, according to the audit.

“It has the appearances of bid steering, improper bid steering,” said Louis Clark, CEO of the nonprofit Government Accountability Project.

The state audit does not name the companies or offer details on why rules were not followed with certain contracts. Clark says an additional investigation is necessary to find out if there was improper bid steering.

Perhaps most concerning is that state auditors found similar violations of the law in prior audits.

In 2014, auditors found “PGCPS could not provide documentation that awards were properly made for 12 contracts valued at $13 million.”

In 2006, auditors found “PGCPS did not maintain required documentation justifying the use of sole-source procurement totaling $1 million.”

Auditors at those times made the same recommendations they are making now.

“It’s sickening, and it’s very hard to see this happen,” said Donna Young, a former PGCPS employee who worked as a senior buyer in the purchasing department.

Young, who worked for PGCPS in 2011-2013, alleges that she saw bid steering occurring and tried to report it. She says she believes the root cause is kickbacks, nepotism and other relationships.

“We literally saw people that didn’t bid get contracts in my time,” Young said.

She hopes finally something will change.

“It is our responsibility to ensure that the kids get the best value,” she said.

FOX 5 requested an interview with PGCPS Interim CEO Dr. Monica Goldson, but her office said her schedule Monday did not allow for that.

In a statement, Dr. Goldson said:

“As the leader of Prince George’s County Public Schools (PGCPS), transparency and accountability are my guideposts.

Prior to my appointment as Interim CEO, several audits were underway reviewing a wide range of internal functions. With each audit report, our weaknesses fall into three specific areas: a lack of clear procedure, weak policy enforcement or poor monitoring and oversight. Most concerning are areas with repeat deficiencies. To address these concerns, we have taken steps to begin changing our procedures and culture within certain departments. We shared information about the audit findings in a community letter today.

As we announced earlier this year, audit findings involving waste, fraud or abuse will be referred to the State’s Attorney’s Office for additional review.

Our schools are only as strong as our business and financial practices. The audit findings represent an opportunity to fix long-standing challenges that undercut our core mission of teaching and learning. We must hold ourselves to the highest standards when taxpayer dollars and the public trust are at stake.” 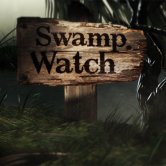