The Maryland Senate gave final approval to a bill that would overturn an executive order by Gov. Larry Hogan (R) that required local school districts to start their school year after Labor Day.

The Senate voted 31 to 13, along party lines, to advance the measure, which would allow local school districts to decide when schools should begin and end.

The measure now heads to the House of Delegates. If the bill passes both Democrat-controlled chambers, the Republican governor has vowed to support a referendum effort to put it on the ballot for voters to decide in 2020.

Some supporters of the later school start have championed the policy as helping the state’s tourism industry, especially in Ocean City. But some parents have said they struggle to find and pay for summer camps or child care in the days leading up to Labor Day.

The bill represented the first intense debate in this year’s General Assembly session and the final vote came after several days’ worth of discussion in the Senate.

Democratic senators argued Tuesday that school boards struggled to meet the executive order’s requirements to start after Labor Day and end school by June 15 while also accommodating snow days, teacher training days, and religious and secular holidays. They said school boards should have more flexibility regarding when to start and end their school years.

“It’s not about starting school before Labor Day. It’s about giving local school systems the right to decide whether they’re going to start before Labor Day or not,” said Sen. Nancy King, a Democrat who served eight years on Montgomery County’s school board.

Hogan issued the executive order in 2016. Local districts say they have struggled to create calendars to meet the requirement of starting after Labor Day and ending by June 15.

Several Republican senators spoke against the bill, saying that the post-Labor Day start is popular among Maryland residents, allowing parents to spend more time with their children and helping to boost the state’s economy. Proponents of the bill said school districts should have the flexibility to create calendars that address the needs of their communities.

Hogan described the vote as “partisan hypocrisy” on his Facebook page, arguing that some Democratic senators in the past supported a post-Labor Day start.

Last week, the governor said he would submit a bill that would require any jurisdiction that wants to open before Labor Day to put the proposal on the ballot. He also indicated that if the measure backed by Democrats moved forward, he would lead an effort for a statewide referendum on the issue.

The facebook post by Governor Hogan appeared to be a retaliation after his defeat by the Maryland Senate for what he called common sense. However elsewhere, users online where very clear and categorical. One user Michelle clarified and stated the following; “If there wasn’t a mandated start and end date of June 15th every year, this wouldn’t really be an issue, but when the law requires students to go 180 days and the law also says it has to been done after Labor day and before June 15th that leaves no wiggle room for anything, like snowdays. Also, many parents were the first ones to complain about shortened winter and spring breaks. As for the professional development days….the law at the federal and state level requires teachers to have a certain amount each year. The report card prep days are also necessary, especially when you have a teacher like me who has 400 plus students. There I think that covers all the bases as to why the calendar should be local control.

If Governor Hogan wants the after Labor Day start, fine give back June 15th. If he wants the June 15th end date, then give back local control of the school start date. I will fight for both days to be decided at the local level because that is where it should be not at Governor Hogan’s desk. If anything, Hogan should be impeached for running the entire school system with a clueless shenanigans.”

Senator Paul Pinsky is among the fearless leaders who are going after Governor Larry Hogan heads on. His concerns are valid and already met with parents in the Prince George’s County. The measure Senate bill 128 is on fast track in the General Assembly, with quick passage which has already passed the senate overwhelmingly. It is expected Gov. Hogan will veto the measure and the legislature will attempt an override; which means that parents might want to hold off on the late summer vacation bookings for a couple of weeks. 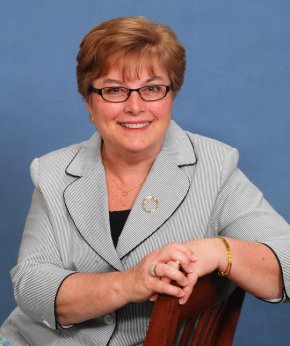 Senator Nancy King is among the fearless leaders who are going after Governor Larry Hogan heads on. Her concerns are valid following feedback from the community.

Del. Eric Leudtke is expected to play a major role in the house of delegates. He stated the following in the past: “I think there is interest statewide in making this a local decision,” and he insisted that the change would not affect school systems where the later start date is favored. “