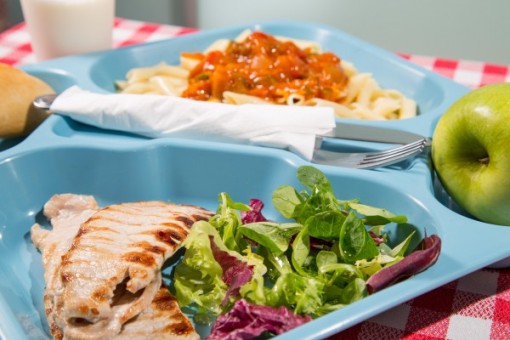 UPPER MARLBORO, Md. – A Maryland school board member is seeking immediate action to make school lunches free for all students in his county during the federal government shutdown.

“My heart and mind is not on the political battles being waged in Washington, but instead the impacted families in Prince George’s County,” said Wallace in the letter.

The partial federal government shutdown has been going on over two weeks, with no clear end in sight.

Today, on behalf of the thousands of @pgcps families impacted by the federal government shutdown, I have formally requested that the costs for meals, both breakfast and lunch, be waived for all students until the shutdown is resolved. pic.twitter.com/c3Iero8zOF

The move to make school lunches free would have to be approved by the CEO.

To make it free, the school district would have to would have to budget for it, similar to what happens during snow days or other unscheduled closings.

“As the child of former federal government employees who lived through many shutdowns, I know the strains placed on families and their budgets. The last thing our students need to worry about is how they will pay for breakfast and lunch.” Wallace said.

Wallace says he hopes to have a measure in place in case of similar circumstances in the future.

“My long-term goal is to propose a Board Policy to charge the PGCPS Administration to set up protocols in cases like this one – long term governmental shutdowns.”

“What PG county needs are ideologically clear, progressive and visionary leaders who have the capacity, discipline and tenacity to adhere to, uphold and implement the entire Constitution of the USA, as it is, including the entire BILL OF RIGHTS and deliver services to the people” – Munyambu Vinya