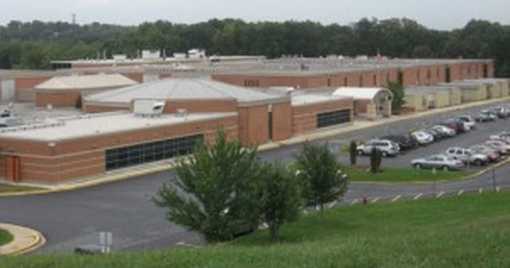 Parkdale High School (pictured) was listed as one of the schools under threat.

School district officials told the press earlier today that, police had identified the person behind the threats, and that they do not seem to be credible.

Extra officers were at the schools on Wednesday as a precaution.

Earlier in the day, Hyattsville Middle school was on total lockdown for a period of time following rumors of a person with a gun and a car jacking.

Several police cars were on the premises and a Helicopter was seen hovering in the vicinity of the school as police investigated the reports.

The reports of a gun man inside the school ended up being unfounded, one parent say.

No injuries were reported and everyone is safe. 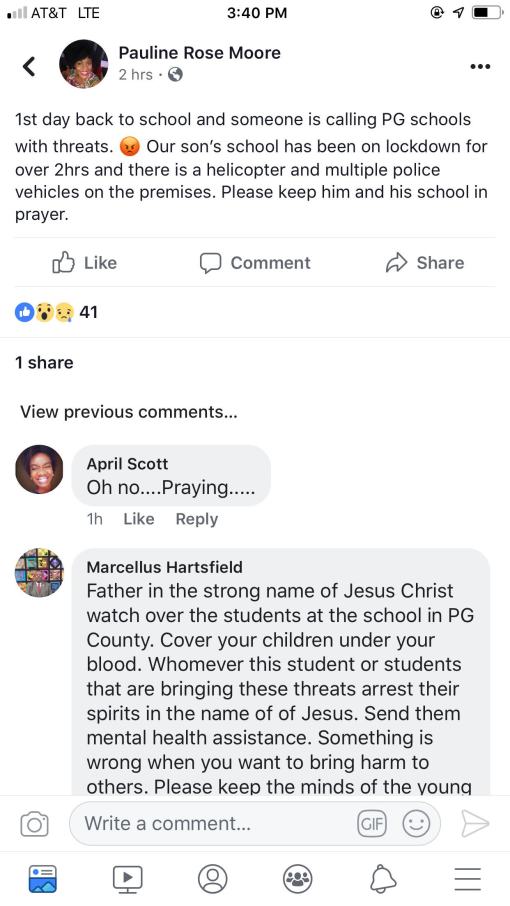 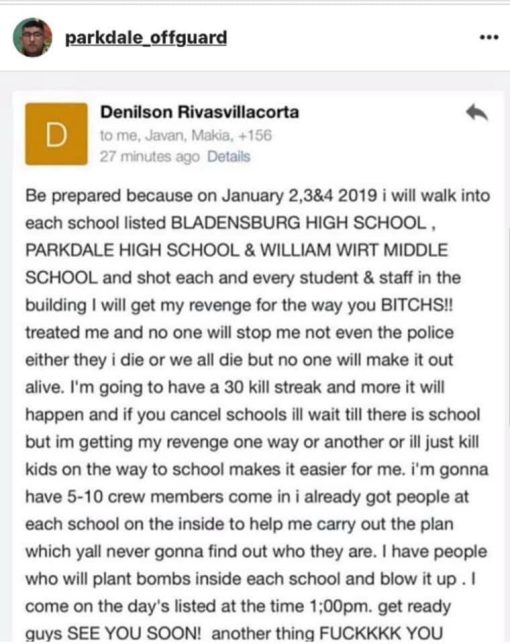 UPDATE on schools threat: the suspect who sent threat against Bladensburg & Parkdale High Schools and William Wirt MS has been identified. The threat is not credible. More info soon. 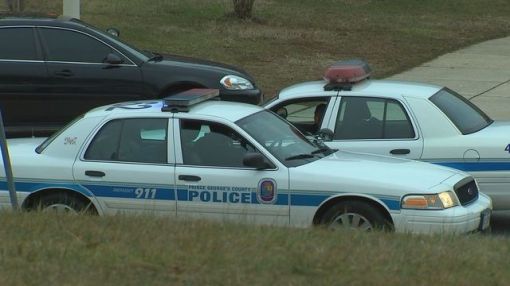