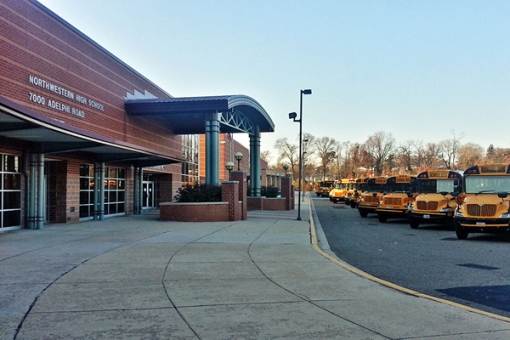 An attack on a lesbian high school student has been exposed after the mother of the student, Lidia Reyes, contacted the Washington Blade to protest about the school’s response to the incident.

The 11th grade student claims to have been beaten by four male students in March of 2017. The student said she was attacked in the school’s auditorium but the school says an investigation showed the auditorium wasn’t open on the day of the incident.

The assault left Reyes’s daughter with broken ribs and no perpetrators have been identified. School officials say they can’t identify the alleged perpetrators because they don’t know where the attack actually happened.

The teen is a member of the school’s U.S. Navy Junior ROTC program and wears a masculine presenting uniform. She thinks she was vulnerable to bullies because she has a “boyish” look.

Principal Elaine Carlene Murray of Northwestern High School told the Blade, “It was brought to our attention the next morning. We did a thorough investigation”

Murray went on to say, “We did the best we could. We gathered all the information we could gather.”

According to the student’s mother she and her daughter are immigrants from Guatemala and that her daughter’s English-speaking abilities could have interfered with her ability to report the attack efficiently.

We reprint the entire report – Suspects unidentified in attack on lesbian at Hyattsville high school – by Washington Blade below.

The principal at Northwestern High School in Hyattsville, Md. says a school investigation into the March 2017 assault by at least four male students on an 11th grade lesbian student, which resulted in the student suffering three broken ribs, has been unable to identify the attackers.

Lidia Reyes, the mother of the lesbian student, contacted the Washington Blade about the incident last month, saying the attack came after her daughter had been the target of bullying and harassment by fellow students. She said school officials weren’t taking adequate steps to address the problem.

Reyes said her daughter reported the attack occurred in the school auditorium on March 23, 2017. But Principal Elaine Carlene Murray told the Blade the auditorium was not open on that day and school security officials could not confirm exactly where the incident took place.

“It was brought to our attention the next morning,” Murray said. “We did a thorough investigation,” she said, adding, “We did the best we could. We gathered all the information we could gather.”

John White, a spokesperson for the Prince George’s County Public Schools, of which Northwestern High is a part, said school security officials and P.G. County police, who also looked into the incident, could not identify the students that Reyes’ daughter claimed assaulted her.

According to Murray, Northwestern High has a mandatory school uniform policy in which all students wear the same uniform. She said there is a separate uniform for students in the ROTC program.  Given that Reyes’ daughter wears the same uniform as all other students, Murray said she doesn’t believe the student could be targeted based on her clothing.

Regardless of the reason for bullying or harassment, Murry and White said the school does not tolerate such conduct and would take immediate steps to intervene if the student reports being subjected to such behavior.

Reyes said she and her daughter moved to the U.S. from Guatemala several years ago and her daughter’s English language skills were limited. She said her daughter was taking an English as a second language class but that the language issue could have been a problem when school officials talked to her daughter about the attack last year.

Parents and employees within the Prince George’s County Public Schools (PGCPS) say that, “fights between students have gotten so out of control that even motorists, students, staff and teachers are at risk”.  This comes after we publicized reports at the end of October showing a pattern and how the problem has gone out of control and now a risk to the public.

The following PGCPS High Schools lead in the level of disrespect and the school fights according to the reports received from concerned parents: