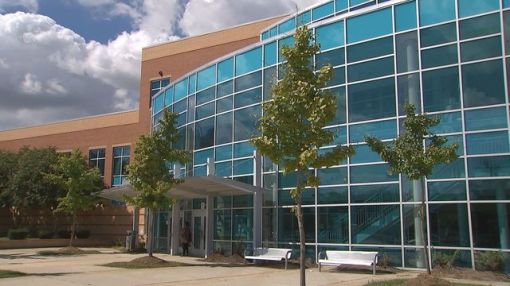 Warning: The links contain videos and pictures which are grisly and very distressing… For the faint hearted do not open.

Upper Marlboro – Several horrific fights at Dr. Henry Wise High School  were caught on camera and posted to Twitter recently after first exposure on October 31st. The disturbing videos have parents and school leaders shaking their heads in disbelief.

One mother of a Prince George’s County Public Schools (PGCPS) student is upset after she claims the principal and staff are not doing much. In this specific fight, staff did not intervene timely in a fight involving her daughter.

Several incidents have happened recently at Dr. Henry Wise High School. In one incident,  a teenage student told her mother she was attacked in the hallway. When her mother saw the video, she email our blog including our social media account upset about the fight and the lack of timely intervention by school staff.

It happened right in the hallway with many students watching, including someone holding a camera.

In the background, an adult walks up to the fight, but in another video staff doesn’t stop the fight and it continues and moves away from him.

The teenage student hits the ground and then she is pulled by her hair across the hallway like a sack of maize.

“When I saw that tape, my heart went numb,” said the girl’s mother. “I was so angry.”

This mother, who does not want to be identified, said she was concerned because her daughter told her two adults were there, but did not break the fight up. In the video, you can see other students jump in trying to separate them. Security staff finally shows up.

But the mother said she was told after the fight, staff members cannot put their hands on students — only security personnel can.

“I understand that,” she said. “You are not supposed to put your hands on them, but there should be some type of protocol that if you see something going on, call for help. Children get out of the way. Break it up. You can walk towards it [and say], ‘Excuse me, this is not going to happen.’ Say something.”

The mother said fortunately her daughter is okay, and thankful for the students who jumped in to help. But she wonders if the adults could have done more.

The mother also expressed her frustration because the administration does not seem to care even after writing to Interim CEO Monica Goldson on several occasions.

We reached out to the school’s principal to ask her about the fight, but she was not available and could not talk about it.

Here is another major brawl that happened at PGCPS in which the principal hit a student with a walkie talkie. In that incident, the parents at the school were not notified  and only found out by a video on twitter.