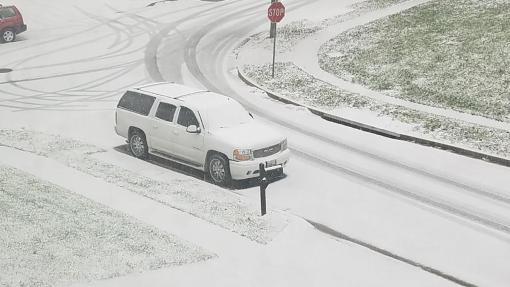 The chief of Prince George’s County Public Schools apologized to parents and families in a letter Thursday night, after the school district faced criticism for not closing amid icy and snowy weather.

“The weather forecast mainly predicted only rain for our region. With the information I had at that time, I made the decision to remain open. Our first buses hit the roads at 6 a.m. and the only precipitation reported was rain,” Golson wrote in the letter.

Golson said she miscalculated the risk after the forecast changed and snowflakes started to collect. She confirmed that no bus accidents were reported, but her staff received multiple complaints from parents and other staff members.

PGCPS later canceled all afterschool and evening activities due to inclement weather.

Social media lit up on Thursday after the PGCPS Twitter account announced at 6 a.m. that schools would be open normally.

Good morning. We understand some are experiencing issues with our website. We are working to resolve. All schools and offices are open on time today, Thursday Nov. 15.

I hope y’all are ready pic.twitter.com/jGVzHSEsYg

Fairfax and Montgomery school districts both closed because of the weather, while D.C. Public Schools stayed open.

Monica Goldson is the Interim CEO