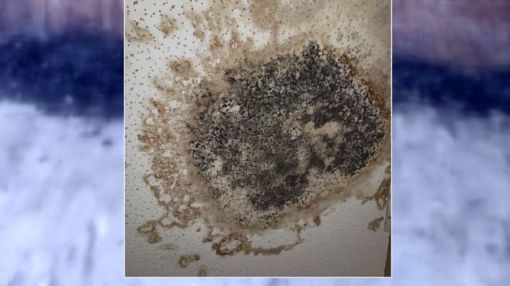 MORNINGSIDE, Md. – A Prince George’s County school is battling a mold problem after all of the rain that fell this summer and some parents believe it is bad enough that students should be moved from the building.

Parents provided FOX 5 photos from inside the building showing dark mold on ceiling tiles, mold on instrument cases and in other locations in the school.

Jayde Huell, an eighth grader, described what she has seen in one of her classes.

“It looks like black mold,” said Huell. “I’m not sure what it is, but it’s definitely mold and it’s on the ceiling. And that room is where I really get stuffy and congested, and I start coughing a lot because I am asthmatic.”

Parent Nate Crittenden said it was a few weeks ago when he saw a dance class being held in a hallway.

“What set off the red flag for me is seeing the kids in the hallway having class,” Crittenden said. “They tell me there was mold in their dance class and from there I proceeded to check throughout the rest of the school, started finding things on my own. Trying to talk to teachers, teachers scared to talk back to me.”

He said since then, he and other parents have struggled to get straight answers.

On Monday, the school sent a letter home with students acknowledging the mold problem.

“Each time a potential mold situation is identified, I work with my custodial staff to immediately investigate and evaluate the situation,” the letter from the principal reads. “If necessary, both students and staff are moved to an alternate location in the building during the inspection period.”

The back of the letter lists work completed to remediate issues.

“One dance room is not in use,” said White in an email. “Ceiling tiles are being replaced and new insulation is being installed where condensation was dripping from HVAC pipes in the ceiling of two classrooms. The PGCPS Environmental Office inspected those two rooms and they continue to be safe for regular use. Maintenance also is fixing a leak in the roof of the library.”

Crittenden has been reaching out to other parents and the group plans to meet on Thursday to talk about the situation.

“I feel like the kids should be removed from the school until they get the situation resolved,” Crittenden said.

Last year, we heard similar concerns about mold from parents and staff at District Heights Elementary School. A year later and after all of the rain this summer, the school district did decide to close that building and move students to a vacant school.