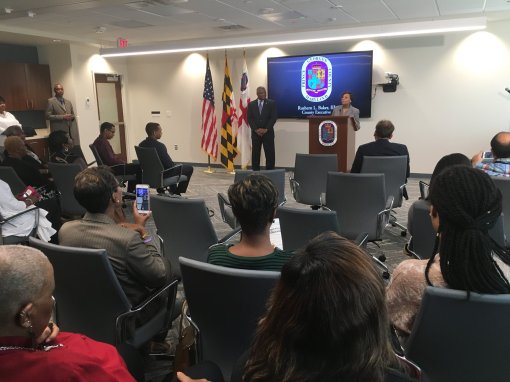 On the job 5 days, new, interim @pgcps CEO Dr. Monica Goodson announces a central office shakeup – laying off about 20 exec level staffers and redirecting the funds back to schools.

One of the Deputy Superintendent (Dr. Monica Goldson) who rose up rather quickly through the ranks in Prince George’s County Public Schools (PGCPS) was appointed Monday as its new CEO. She becomes the second woman to hold the top post. As her conformation for the interim post was taking place, in nearby Prince George’s County Circuit a plan of action by the establishments led by Attorney Judy Sakyi Danso was in the works to force and trick Board member Edward Burroughs to drop peace order charges against Chairman Segun Eubanks. The peace order was initiated through the court after Dr. Segun Eubanks advanced violence to a fellow Board member Mr. Burroughs at Sasscer administrative building.

After back and forth with his legal counsel, Mr. Burroughs under duress gave in and signed the document. At this time, the only comment we can make to Mr. Burroughs is that, “You can’t fight corruption by winking at it”— Mr Edward Burroughs should have appeared before a court of law to present his case. The final hearing which was supposed to be this morning at 10am was cancelled.

Monica Goldson, 50, was named interim chief executive for Prince George’s County public schools, in a one-year appointment following major scandals. The exit of embattled chief executive Kevin Maxwell appear to have been set up or deliberately made mistakes every turn in the last few months.

Goldson, who served as deputy superintendent for teaching and learning during a 27-year career in Prince George’s, was selected by County Executive Rushern L. Baker III who was recently caught red handed in Wage theft scheme. The scheme caused an outcry in the community.

Baker said he was sure Goldson would work hard to restore public confidence in the school system, which has been plagued by scandals over large pay raises to aides, a lost federal Head Start grant and inflated graduation rates and much more which involves Goldson herself during her tenure at various schools including Forestville academy. During Monica Goldson’s tenure as the Assistant Superintendent for High school consortium, the office was abolished due to mismanagement and there was widespread wage theft for support staff including failure to pay mileage for work done plus much more.

“Her experience and knowledge of the system makes her an excellent choice for Interim CEO,” Baker said in a statement.

Goldson, who has filled in as acting CEO since Maxwell’s departure in mid-July, is expected to oversee preparations for the coming school year and work with the school board on issues including academic performance, the workforce, family and community engagement and organizational effectiveness.

A graduate of county schools, she began her career as a math teacher at Suitland High School and later served as an assistant principal at Forestville academy before becoming a principal of Frederick Douglass and Dr. Henry A. Wise Jr. high schools. She was chief operating officer before taking over as a deputy superintendent in 2016.

She follows a long line of male school leaders. The first woman to lead the county school system was Iris Metts, who served from 1999 to 2003.

Maxwell arrived in 2013 as Baker’s choice but ran into trouble with a sexual abuse scandal that raised broader questions about oversight and the collapse of a multimillion-dollar federal Head Start grant. The controversies over graduation rates and pay increases followed and other scandals throughout the district which have never been publicly acknowledged but exist.

Some voiced hope the leadership change would improve stability. However, many are skeptical due to her role in the past scandals whereby she covered up problems.

“I have started the process to make sure that takes place,” she said. “Each day, I am analyzing our own current pay scale to make sure it’s aligned with other education agencies around the state of Maryland.”

She said broader goals for the future include improving communication and acknowledging mistakes.

“If we have done something, we need to own it, admit it, make sure we make corrections and inform our parents our staff and our students,” Goldson said.

“The ship is really rocking, and you need someone to steady it,” said Theresa Mitchell Dudley, president of the teachers union. “Teachers come back in three, four weeks. This is a big system. There needs to be someone level-headed at the helm, and I think she is very level-headed . . . People within the system hold her in a very high regard,” She told the Washington Post.

Doris Reed, executive director of the union representing principals and administrators, said Goldson is respected and trusted in a school system struggling with low morale.

“We need someone people can trust,” she told the press. However, Association of Supervisory & Administrative School Personnel (ASASP) led by Doris Reed has also been part of the problem. If any changes have to occur in PGCPS, ASASP management and as a union needs to look itself in the mirror and acknowledge past mistakes.

Furthermore, retaliatory activities carried out to others by ASASP staff over the years to cover up corruption needs to be reviewed and those members affected by the shenanigans made whole. Many administrative staff members and members of ASASP covered in corruption or not “they” all have connections–it’s like any other corrupt system–quote “In a corrupt system, the corrupt are promoted”…they pat each other on the back and make deals behind closed doors with their corrupt attorneys who protect and advise them on how to stay corrupt–power, money and sex is the root of all evil even in a school system,” said Dr. Gail P. Bingham.

As we were about to publish, we received the following massage on the blog:

“Well Monica better start with Building Services when she as I heard lowered the qualifications for Samuel Steffaneli to get the position he has and John Vanslight as well. Its so much dirt in maintenance it’s ridiculous. And a lot of who you no, not what u know,” statement from Jane Doe.

The bottom line is that the public has no trust in the PGCPS school system. In this scenario, it’s the educators on the front lines that pay the price. Parents take it out on them like a lame duck. They (parents) believe that educators are all incompetent and untrustworthy and treat teachers and administrators accordingly. We will never get the public to invest more in our schools, and in turn, innovate public education into proper paychecks, until public trust is restored. It is time for the unions to stop being part of the problem and start being part of the solution.

A new county executive will take office in December. And this time next year, that person could sign Dr. Goldson to multiyear contract or choose someone else.

The peace order initiated through the court after Dr. Segun Eubanks advanced violence to a fellow Bord member Mr. Burroughs at Sasscer administrative building has been dropped. 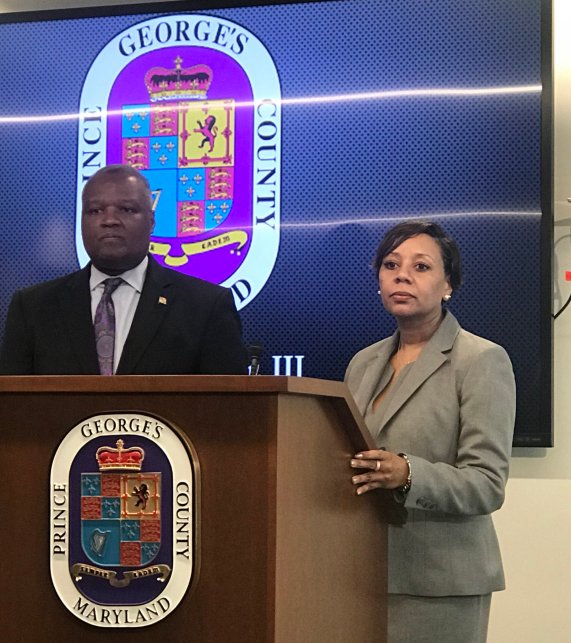