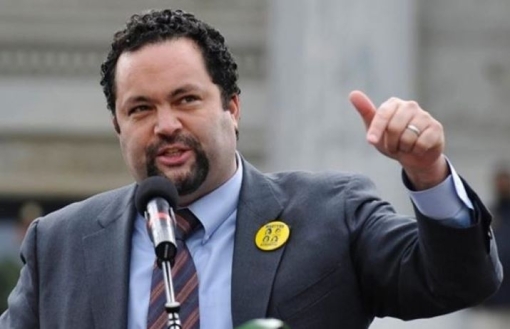 former head of the NAACP Ben Jealous is likely to take on Maryland Governor Lawrence Joseph Hogan Jr in the November 2018 general elections. He is better placed candidate compared to Mr. Rushern Baker III who is tainted by corruption.

This should be a good year for Maryland Democrats to try to topple popular Republican Gov. Larry Hogan. They outnumber Republicans 2 to 1 in the state, and the party expects to benefit from a nationwide “blue wave” of voters energized by opposition to President Trump.

But the candidate backed by most of the state Democratic establishment — Prince George’s County Executive Rushern L. Baker III — is running a lackluster primary campaign, analysts say. He has struggled to raise money and has relatively little cash on hand a month before the primary, according to reports filed this week.

Senior Democratic elected officials who support Baker are expressing frustration that he has not broken away from a pack of comparatively little-known rivals and concern that the rest of the field may be too inexperienced, too liberal or too lacking in name recognition to strongly challenge Hogan this fall.

“I would have thought that by now, [Baker] would be the prohibitive favorite, but that isn’t happening,” said former Montgomery County executive Doug Duncan (D), who hasn’t endorsed anyone.

Read more >>>In what should be a good year, Md. Democrats struggle in governor’s race