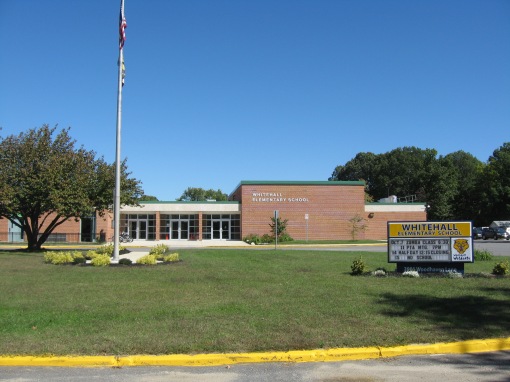 Parents whose children attend Whitehall Elementary School want to be heard as county education officials select a replacement for the school’s popular principal.

Those same officials say they appreciate the parents’ passion. But, they point out, certain established procedures must be followed in the selection process, in order to guarantee fairness.

The two sides went back and forth on the issue at a meeting last week at Whitehall. About 50 parents turned out to express their support for Cynthia Farmer, the current assistant principal, to take over next year.

“Ms. Farmer’s been here for nine years,” said Heather Rightnour, the school’s PTA president. “I see her in the halls every day. She knows everybody’s name. She steps in whenever necessary. She knows how the culture is here; she knows how things work. This would be a big transition for someone else to come in. She knows what our needs are.”

Whitehall has traditionally been a high-performing school, with an involved parent base. In 2012, Whitehall was named a National Blue Ribbon School. In 2016, Whitehall was recognized by the Maryland Department of Education with an Excellence in Gifted and Talented Education award. It was one of only 10 Maryland schools to earn the honor. This year, Whitehall won the countywide Science Bowl competition, which was contested just a few weeks ago.

Whitehall parents circulated a petition that got more than 200 signatures expressing their support for Farmer to become the next principal. A couple of them even spoke out at the most recent school board meeting, lobbying for Farmer to be chosen.

Christian, while not endorsing Farmer specifically, said, “I think it is important for the person coming on board (to be) familiar with the staff and the community and that person should have a passion for strong, rigorous instruction. It should be someone who the staff would respect. Those are the qualities that I would look for. And someone who would work with the community.”

Katie Moran, a part president of the school’s PTA and the mother of three children at the school, wrote a letter to county school officials which read, in part, “Please allow Ms. Farmer to continue the forward momentum that she and Mr. Christian have established at Whitehall. We have an incredibly successful and strong school and Ms. Farmer is the best choice to maintain the continuity of our culture and curriculum.”

County education officials said parents’ input would help guide the process and help determine what questions to the candidates for the position. But the finalists will be chosen by a panel of school system administrators. No one from the Whitehall community will sit on the panel, which is standard procedure.

Prince George’s County Public Schools CEO Kevin Maxwell is the only one who can submit a name to the county school board, which has the ultimate say on the approval of a new principal.

“I appreciate your passion for who you want here,” Denise Greene, the assistant superintendent for Area 1 (which includes Bowie), told parents at last week’s meeting. “What you’re saying, we factor into our selection. We’ve heard you, but we have to be respectful of the process.”

Parents are being asked to fill out a survey enumerating what qualities they felt were most important to have in a new principal. The surveys are supposed to be turned in by May 11. The responses will be used to provide a sense of what the community is looking for, Greene said.

School officials said they expected to have a candidate selected by the end of the current school year.

School board member Raaheela Ahmed, who represents Bowie as part of District 5, sent a letter to Maxwell questioning the entire selection process. She doesn’t feel the concerns and interests of school communities carry enough weight.

“The process as I’ve seen it is devoid of true community input,” Ahmed said after the meeting. “It’s vital to have strong leadership with community buy-in for a school to succeed. The process that we have in place does not truly account for the community and that’s sad.”