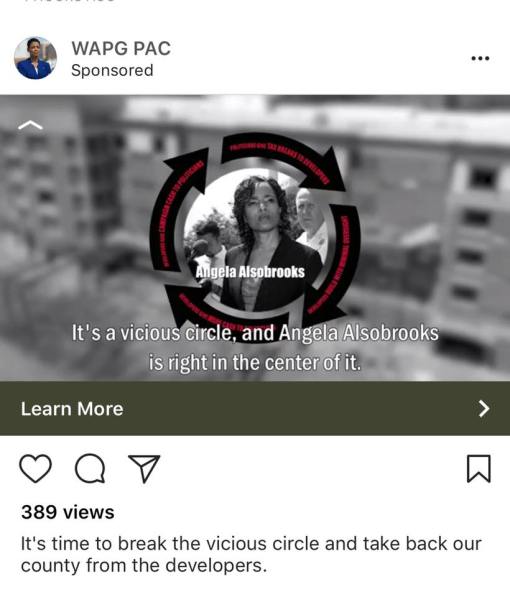 Former Congress woman Donna Edwards who is running for the County Executive in Prince George’s County has drawn a line in the sand after she was first attacked by State Attorney Angela Alsobrooks of accepting money from outside the county as a Super Pac. (See post below)

However, Donna Edwards has exposed Angela Alsobrooks as insincere and for being a part of vicious circle in which Angela is in the center of developer money. We reached out to Angela Alsobrooks for a response concerning “money received from developers” as articulated in this article but she had not responded by the time of publishing.

Corporations don’t give their money away for nothing. There is an understanding (rarely made explicit) that large campaign donations buy political access and favorable consideration in policy development and legislation. Why else would a corporation, which is bound by law to pursue profits, make these donations?

Interestingly, many businesses give money to both sides of the narrow political divide; sometimes different amounts, sometimes exactly the same amount. However, it is not the same situation in Prince George’s County as the county is considered a one party state.

Donna promises a clean government free from corruption and outside influence. She plans for a proper fight against public corruption once she wins the political seat in Upper Marlboro.

A blanket ban on all political fundraising during Prince George’s County Planning & Development Process and political campaigns makes sense, as it is similar to the state law that prohibits legislators in Annapolis from raising money during the 90-day legislative session. However, a ban solely on “developer contributions” like the one recently proposed by some Maryland legislators likely violates the Equal Protection Clause of the 14th Amendment of the United States Constitution and possibly the First Amendment as well. However, the State of Maryland needs to revisit the role played by developers in promoting political corruption in the county. “There has to be away to address this without giving away everything to the outside interested parties only out to get everything and run,” said one parents at Seat Pleasant.  State action prohibiting campaign contributions by a “developer” (whatever that means) without banning all other contributions that might relate to a particular zoning issue is inequitable and probably unconstitutional.

A lot remains unanswered for example, Are the wealthy landowners who want to preserve their pristine view of a golf course (and made campaign contributions accordingly) any less of a “special interest” than the “developer” seeking to build housing that would add to the tax base and benefit a few individuals at the expense of the Prince George’s County as a whole? Who benefits in claiming all the abandoned homes in Prince George’s County if they give a huge contribution to a particular candidate?

As long as campaign contributions are a matter of public record, the voters can and will likely decide whether their elected officials are acting in their best interest. However, there is a catch. During the reign of former county Executive Jack Johnson, developers engaged in a long running scheme which was proved properly in court as a culture of “pay-to-play”.  Jack Johnson wife was caught with thousands of cash in her “underwear” in a FBI sting operation.  It will be interesting to see how the contributions donated by developers will be a reward to the county as corruption spreads under Rushern Baker III within the schools. Many county residents have been against this kind of shenanigans for a while now. Many of them demand a better society and expect a transparent local government for the future.

However, Sitting in the middle of this process are the lobbyists and think tanks who invent public rationalisations for policy positions that serve their clients’ interests. As this is a complex and dirty game dominated by political donations, vested interests, personal ambition, class and power. Voters in Prince George’s County are expected to play a major part of the game this year. However, representing their interests may not be a politician’s top priority. Politicians will only act on behalf of voters if no wealthy or powerful group objects – or if the party in question is boxed into a corner or a combination of marginal electorates and strong community action.  This is one reason why we have requested the community to sign the petition and demand changes based on the outcome of any investigation.

Let us hear what each candidates says in the next debate.

Donna Edwards has been demanding for accountability and transparency for quite a while now. She has also been advocating for an end to corruption in the county including schools. 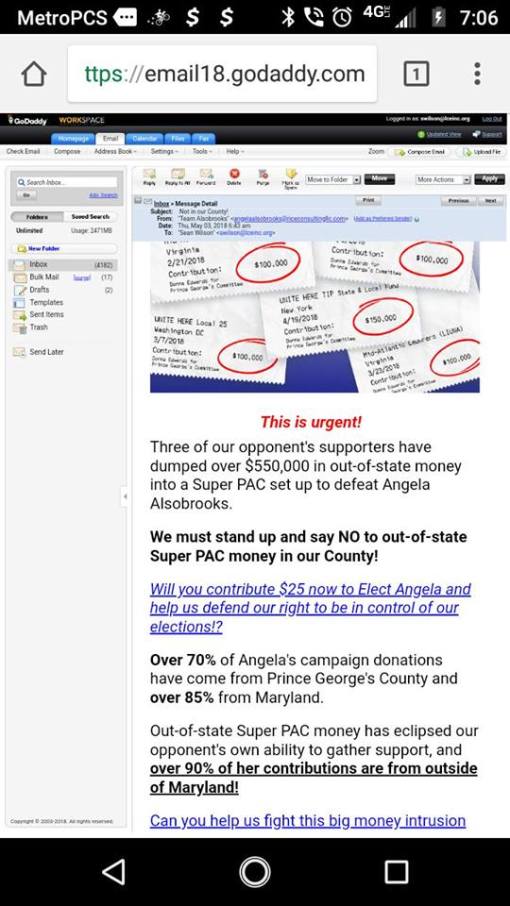