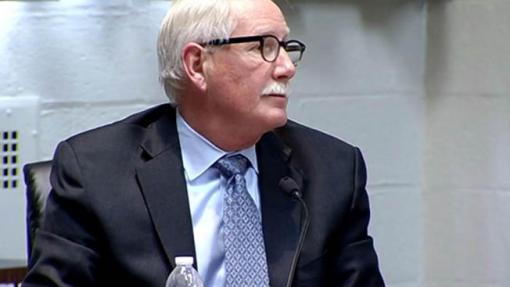 “I’d call this a transition,” Maxwell said in an exclusive interview with News4.

Maxwell’s five-year tenure has been plagued with scandal, accusations and calls for his resignation, including from Gov. Larry Hogan and candidates for Prince George’s County executive.

“I think it’s become a pretty big distraction for what we should be focused on, which is our children and their education and their success,” Maxwell said.

Maxwell entered the Prince George’s County Public Schools system in the third grade. He completed his education in the county at the University of Maryland.

He was a teacher and principal in Prince George’s County before becoming superintendent in Anne Arundel County. He never moved out of his Bowie neighborhood.

When he returned to lead PGCPS, he was among the nation’s final four for superintendent of the year.

Under Maxwell’s leadership, Prince George’s County Public Schools are expanding all day pre-kindergarten, have the largest arts integration program in the state, have built two international high schools, have expanded immersion school and have spent $100 million in teacher salary increases.

But the school system has also had headline-making problems. Soon after Maxwell’s return, a school volunteer was charged with videotaping and sexually assaulting dozens of elementary school students. Hundreds of staff members were placed on administrative leave, creating a culture of fear for many teachers and principals.

Then the school system turned on its leader with accusations of unjustified and sizable salary increases for central office staff. Teachers and principals protested.

There was also a grade-changing scandal and the loss of federal Head Start grant money.

What’s happened with the school district may be the biggest challenge for County Executive Rushern Baker in his campaign for governor.

“To just look at this five years and not look at the time before that and the things that were happening in Prince George’s County and the turnover, Mr. Baker took a stand,” Maxwell said.

In a message to employees, parents, and community members, Chief Executive Officer Dr. Kevin M. Maxwell today announced his plans to transition from Prince George’s County Public Schools (PGCPS) after the current school year. Dr. Maxwell began leading PGCPS on August 1, 2013 and was the first CEO/Superintendent in more than a decade to receive a second contract.

The Board of Education will establish a plan and timeline for the transition and search for a new CEO/Superintendent.

Dr. Maxwell returned to Prince George’s County to serve the community he has lived in since childhood. As CEO, Dr. Maxwell has focused on arts integration, language immersion, environmental literacy and increasing student safety and supports. Under his leadership, PGCPS has significantly increased student enrollment and expanded access to full-day prekindergarten, dual enrollment programs, specialty offerings and opportunities in higher education and the workplace.

Dr. Maxwell began his career nearly 40 years ago as a teacher at Crossland High School, where he served for more than two decades, before moving to Buck Lodge Middle School and Northwestern High School. Throughout his career, Dr. Maxwell has focused on raising student achievement, increasing student participation in rigorous coursework and engaging state, county and local stakeholders.

“The governor believes a leadership change in Prince George’s County Schools is long overdue, a view he shares with parents, teachers, school board members, the Prince George’s County NAACP, and local officials. Now it’s time for the county to put a leader in place who will restore citizens’ broken trust in the administration of the school system.

“Our administration remains committed to ensuring all Maryland children have access to a world-class education, and parents and students receive the accountability from their school systems they expect and deserve.”

“Kevin Maxwell’s departure is long overdue and should’ve happened sooner if only Rushern Baker had had the courage to fire him,” Jealous said. “Maxwell’s departure does not resolve legitimate questions about Baker’s lack of leadership in responding to scandals that have eroded trust in the county’s school system. Parents, students, and teachers deserve better than what they have gotten from Maxwell and Baker.”

“Today we begin a new chapter for Prince George’s County Public Schools. Though it should have come much sooner, I welcome the resignation of PGCPS CEO Kevin Maxwell. Students, parents and educators deserve a school CEO they can trust. Maxwell failed in that regard and many others,” said Muse.

“For the past two years I have been demanding the resignation of Kevin Maxwell. Only recently have other elected officials joined me in seeking to oust him. There is a difference between career politicians and leaders who seek to serve the public. Time and time again we see government insiders and politicians making excuses and covering up for one another. In the case of Maxwell, nearly two years were wasted while he languished on the job. All of this came at the expense of students, parents and educators. Fortunately, today we’ve turned the page, but let us not forget these lessons the next time we confront a public official who does not deserve our trust or a job funded by taxpayers,” said Muse.

“Maxwell’s resignation is not enough. We must send a strong message to future school leaders and, of equal importance, ensure that justice is done. That is why I called on the State’s Attorney to open a formal investigation into Kevin Maxwell and the scandals that he allowed to plague our school system. I am reiterating that demand today. No more cover ups, no more brushing controversy under the carpet,” said Muse.

“As educators, we hope this means we are moving in a different direction, but the issues in the Prince George’s County School system go well beyond Dr. Maxwell. There are deep structural problems and an unacceptable lack of accountability that must be addressed. We still need a fully elected school board. We still need adequate funding for our schools. If the next CEO is only accountable to one person – the County Executive – that’s not good enough. And when it comes to selecting new leadership at PGCPS in the days ahead, teachers, parents and students deserve a seat at the table.” 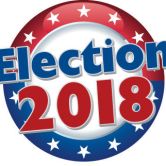