Maryland state Sen. C. Anthony Muse is asking the Prince George’s state’s attorney — one of his rivals in the race for county executive — to investigate schools chief Kevin Maxwell, a request the county’s top prosecutor called inappropriate and ­“political tomfoolery.”

State’s Attorney Angela D. Alsobrooks (D) said Muse presented no evidence of criminal wrongdoing by Maxwell in a letter sent to her office Wednesday and an appeal made Tuesday night on social media.

While county prosecutors are participating in an FBI investigation into the recent discovery of a surveillance camera inside a Prince George’s school office, she said, the type of probe Muse is seeking would be administrative, not criminal, and would most appropriately be handled by the Maryland State Board of Education — or by federal authorities, if a civil rights violation is ­alleged.

“The fact that this was launched on a political website on Facebook Live from his living room on the eve of a debate means he is trying to use the criminal justice system as a tool of his campaign,” Alsobrooks said, alluding to a candidate forum Tuesday night in Largo. “As state’s attorney, I’m offended. It is unethical, irresponsible and demonstrates an astonishing lack of understanding that is frightening.”

Muse (D-Prince George’s), a longtime critic of Maxwell, asked Alsobrook’s office to examine allegations of grade-fixing, inflated graduation rates and mismanagement of the school system, and questions about pay raises, including sizable boosts in salary to some of Maxwell’s close staffers. Some of the allegations have already been the focus of a probe overseen by the State Board of Education.

“I think that it is imperative that we restore the trust and confidence of the citizens of Prince George’s County, in our school CEO’s office,” Muse said in his letter to Alsobrooks. “In closing, I look forward to chatting with you as soon as possible.”

Muse said in an interview that he understands his request may have appeared political because he appealed to the public to join his campaign in his video ­recording.

But the senator noted that both Alsobrooks and former congresswoman Donna F. Edwards, his other main rival in the June 26 Democratic primary, have joined him in calling for Maxwell’s resignation.

In overwhelmingly Democratic Prince George’s, the winner of the primary will almost certainly be chosen in November’s general election to succeed outgoing County Executive Rushern L. Baker III (D), who is term-limited and running for governor. 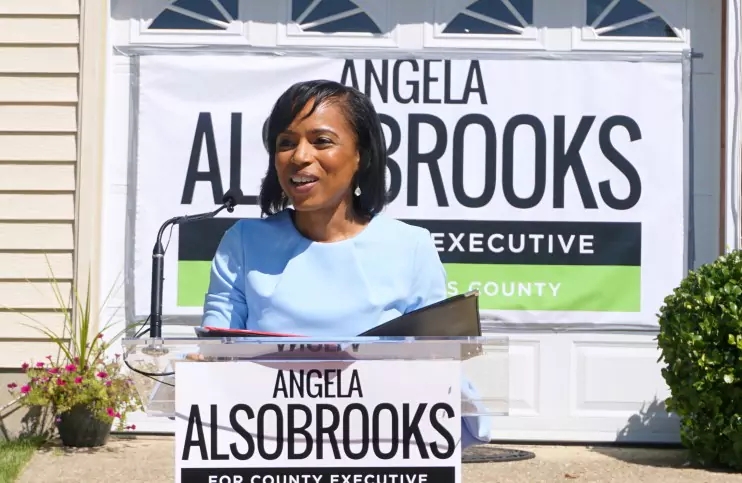