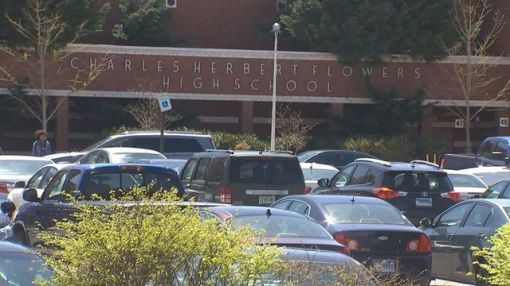 SPRINGDALE, Md. – A student at Charles H. Flowers High School is facing charges after brownies that may have been laced with synthetic marijuana were brought onto campus Friday, Prince George’s County police say.

One student was transported to a local hospital and three other students reported feeling ill after they consumed the brownies at the beginning of the school day.

“We identified a student here today who brought in a brownie to school,” said Prince George’s County Police Cpl. Lamar Robinson. “We believe that brownie contained suspected synthetic marijuana. That student gave a brownie to a few students in the school. One student went to the classroom and fell ill. That student then in turn went to the nurse, and the nurse advised she go to the hospital. She was assessed, evaluated and then released.”

The three students who did not need to be hospitalized were later picked up by their parents, according to school officials.

NEW: “Discipline will be administered…” Letter to parents after four Flowers HS students likely ate brownie laced with synthetic pot on 4/20. Clearly not a good idea. Glad no one was seriously hurt. Update at 6. @fox5dc pic.twitter.com/xmBN8qQfV1