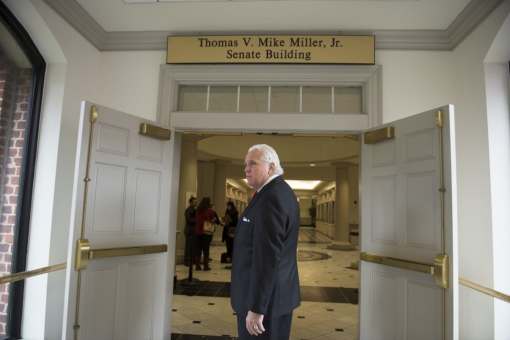 Sen. Thomas V. Mike Miller is photographed while on his way to a meeting in the Senate Building in Annapolis. The building is named after him. His influence is pervasive. He raises funds for Democrats, anoints candidates and holds sway over a litany of appointments — committee chairs, Cabinet secretaries, judges, even local liquor inspectors. Read more >>>

SEIU Local 500, one of the largest unions in Maryland, has scheduled an event on Lawyers Mall in Annapolis next week at which it intends to announce “plans to bring about the end of Mike Miller’s tenure as President of the Senate.”

SEIU Local 500 had over 8,000 members and a $5.8 million budget in the year ended 9/30/17.  Its biggest categories of membership are MCPS support staff, childcare workers and adjunct professors.  Its endorsement is highly valued by MoCo politicians and it has a respected political program.  As it has grown over the years, it has become more of a statewide organization in contrast to its roots as a MoCo public employees union.  It has had great success organizing adjunct professors and its top state legislative priority in recent years has been a bill allowing community college employees the right to organize.  (Currently, collective bargaining is prohibited at most Maryland community colleges.)  The bill has died several years in a row and most recently was withdrawn by its Senate sponsor, Guy Guzzone (D-13).

The union blames Mike Miller for not only killing this bill but also blocking other progressive legislation over the years.  Two other sore spots for progressives are the General Assembly sexual harassment bill, which passed the House on a 138-0 vote but has not moved in the Senate, and the $15 minimum wage bill, which has not moved in either chamber.  Also, progressives have not forgotten Miller’s support for the Roger Taney statue on the statehouse grounds.  To be fair, other liberal priorities in the past like marriage equality, the abolition of the death penalty, gun control, the DREAM Act and sick leave could not have passed without Miller’s support – or at least his acceptance.

This conflict has been brewing for years but now apparently SEIU Local 500 is ready to call the question.  The union has posted a Facebook event for next Monday titled, “On Sine Die, Miller Time is Up” on Lawyers Mall in Annapolis.  The union wrote, “Thomas V. Mike Miller, Jr. has served as President of the Maryland State Senate since 1987. His page on the General Assembly website boasts that he is the “Longest Serving Maryland Senate President and Longest Serving President of the Senate in the United States.” His name is on the Senate Office Building. Senate committee chairpersons serve at his pleasure. Because no bill reaches the Senate floor without his approval, Miller obstructs legislation that would benefit the hardest working and suffering Marylanders. Join SEIU Local 500 for the announcement of plans to bring about the end of Mike Miller’s tenure as President of the Senate.”

We don’t know exactly what the union is planning and will find out along with the rest of the world next week.  But in the meantime, it’s worth pondering this advice from famous philosopher Omar Little.  “You come at the king, you best not miss.” 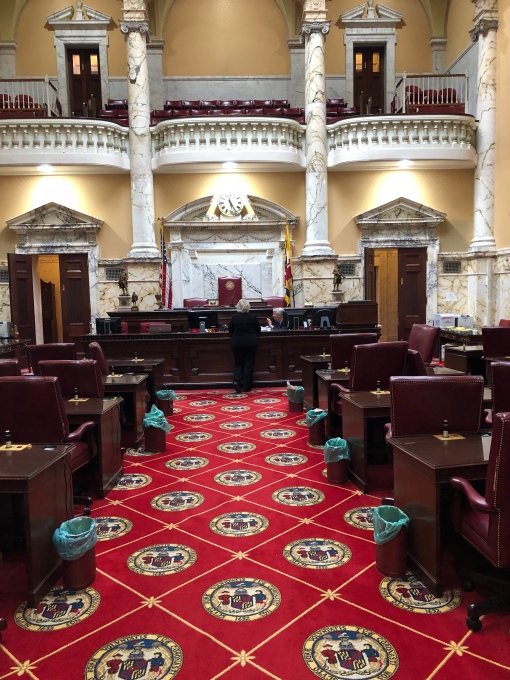