UPPER MARLBORO, Md. – A teacher “sick out” that school officials prepared for never materialized on Monday in Prince George’s County.

Last week, Prince George’s County schools CEO Dr. Kevin Maxwell sent a warning to all principals that they should be prepared for the possibility of a teacher ‘sick out’ even though it is not supported by the Prince George’s County Educators’ Association. “Although PGCEA has stated it does not support ‘unprotected actions’ such as ‘organized sick out,’ some employees are planning a ‘sick out’ on Monday,” his letter said. “You may want to prepare for higher than usual teacher absences.”

Talk of the “sick out” was prompted by unauthorized raises given to four employees in the District’s central office. FOX 5’s Melanie Alniwck reports that Maxwell told FOX 5 that one person is being investigated for those pay raises.

Alniwck reports that a school spokesperson said teachers just negotiated a new contract with a three percent raise in January and another three percent coming in November.

PGCEA called for a “Work to Rule” action, from Monday through the school spring break on March 30. The action advises teachers not to do anything beyond their required duties, including after school activities teachers aren’t being paid to supervise.

There were pockets were impact was felt such as Friendly High School, Oxon Hill middle School, Perrywood Elementary, Fairmont Heights High School, Gwynn Park high school  etc. Many Union members and some parents in Prince George’s County do not support the “work to the rule” action. It is not impactful enough as it would have been with the sick out. There are not enough after school activities to make a huge difference.  The only activities in high schools and middle schools where the staff involved are paid and it has been agreed they will work normally.

However, we not surprised by the change of tactics by the corrupt union in Prince George’s county. PGCPS teachers “no extra work” rather than standing up for themselves are scared to death, one parent said this Monday afternoon.

Also the name of the teacher who initiated the walkout is named Megan Weems. She changed the walkout to the work to the rules protest after not getting support by any of the unions. It’s possible she might have been pressured as well.

The problem with current hybrid board with the county Executive in charge has created problems since there are no checks and balances between the Maryland legislature, the Maryland judiciary and the Executive (Prince George’s county government). Most judges are approved by the legislature and so the conflict of interest is widespread for PGCPS to solve problems. The walk out would have send a strong message to help fix the issues.

Based on the information received, PGCEA members at Perrywood Elementary school appeared to gather and then walking in together in solidarity working to rule walking in together on time and leaving on time!  It will be interesting to see if this translates into anything but we have doubts. It is not enough to “work to the rule”. We have done it before in the past and it came to nothing. The unions know this as well.

PG parents, support the role of the teacher and the extra ordinarily efforts they put to make leaning meaningful. Teachers use their own money to buy extra supplies without refunds. In Prince George’s County, Teachers and other staff members  do deserve a raise and environment without hostility after filing grievances.

PGCEA members at Perrywood ES school gather & walk in together in solidarity working to rule-walk in on time and leaving on time! Secret raises and firing members for doing what they are told must stop. It is time to Fix the Fund and Fix the Structure #PGCEAfixthefund #TEAMPGCEA pic.twitter.com/pdQ5ulAJ6o 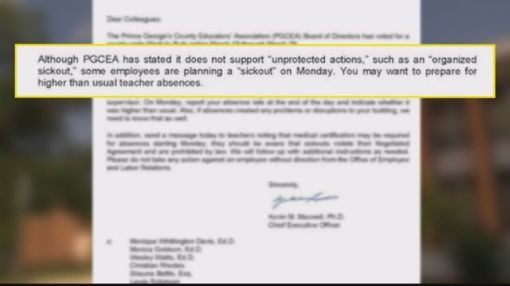 Prince George’s County teacher ‘sick out’ does not materialize 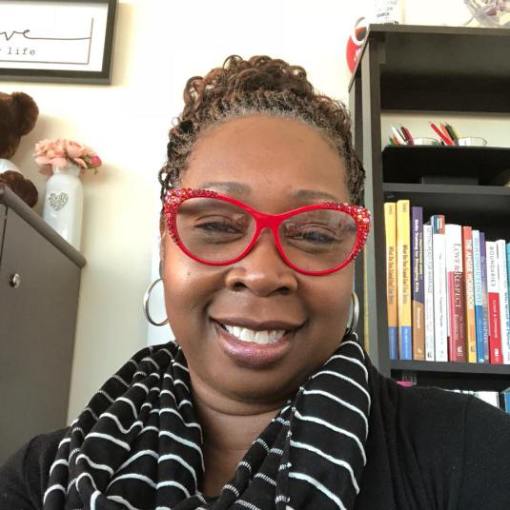 Ms. Yolanda Rogers of Concerned Parents of PGCPS Students. …” You should’ve read PGCEA’s response to the sick out. It wasn’t supportive at all.”