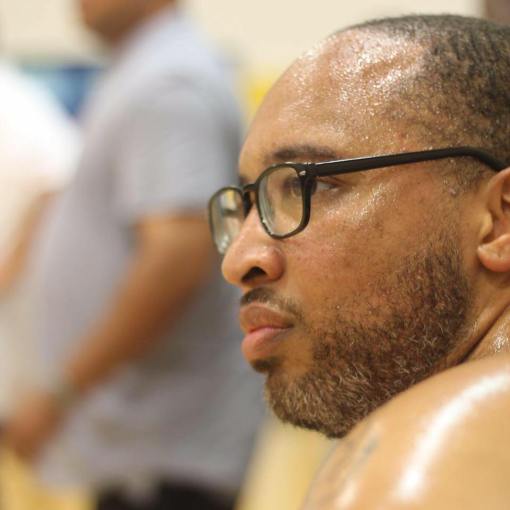 BOE Member Curtis Valentine serves as At-Large Member of the Prince George’s County Public School Board of Education where he serves as Chair of the Policy, Legal, and Legislative Committee. 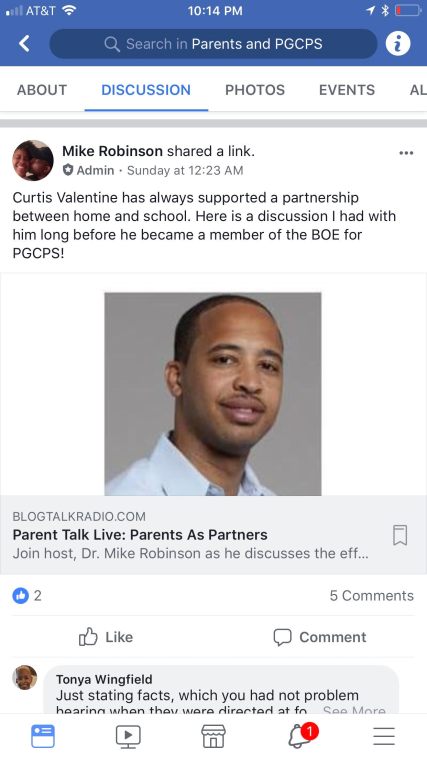 Tonya Wingfield It’s true Mr. Valentine was a fighter for what is right before he became an appointed board member and lost his way. Hosting programs to promote fatherhood and then being a part of a voting block that hinders all males from gaining a quality education so they can become productive citizens is the type of hypocrisy destroying our county.

Curtis Valentine I woke up this Sunday morning with the Good Lord on heart so I’ll reserve the bulk of comments; I’ll just say…be accurate when you question my integrity: I STILL Host…

Tonya Wingfield Just stating facts, which you had not problem hearing when they were directed at former board members before you were appointed to the board. Again, these are events that are separate from your responsibility as a member of the board in establishing policy and governance so students thrive. Think about your inaction when our county lost it’s Head Start Program after over 50 years of successful management. Think about your inaction when it was revealed that Dr. Maxwell, Dr. Eubanks and Carolyn Boston purposely hid knowledge of the abuse of children from the board, thereby exposing defenselessly children to more abuse. What about the the special needs students with speech impairments that were sexually abused by a bus aide — one incident recorded — the tape hidden for over six months and now this molester was given a plead deal that has him back on the street and did not have to register as a sexual predator. Think about your actions in finding out Dr. Maxwell and Dr. Eubanks knew of illegal grade changes a year before tax dollars were wasted to conduct an state investigation that only confirmed what an internal PGCPS audit already revealed. What have you done to learn and understand the School Improvement Plan process and how it links the local school improvement plans, master plan, annual budget and student performance — more importantly how it would have allowed every member on this board to know something was awry with our graduation rates because the annual master plan sent to MSDE showed performance indicators could not support those increases. Think about the terminations of whistle blowers upheld by the board without the board addressing clear evidence of their innocence. Before you were appointed to the board, you and I had such meaningful conversations and I never see you raising those same challenges since being appointed to this board. You can take my comments and observations personally or do some honest soul searching why things you challenged before you joined the board lost their importance once you started sitting in that leather seat. 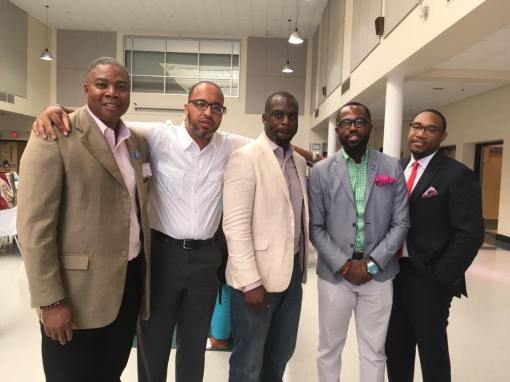 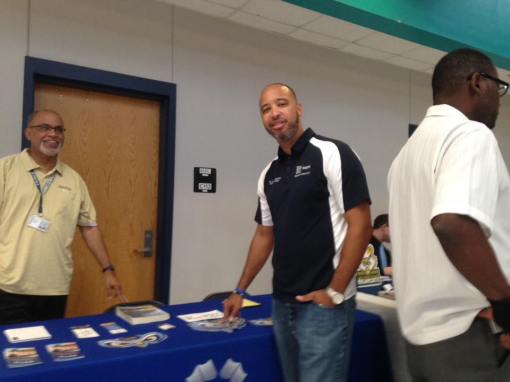 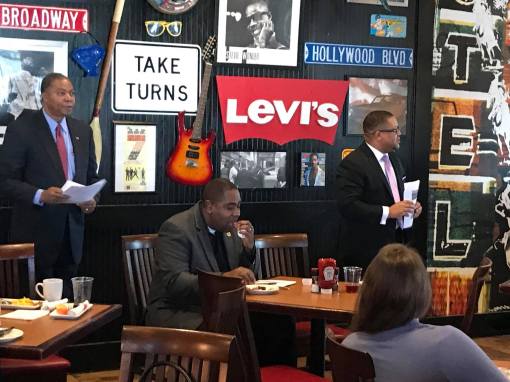 Major bribery in a form of breakfast at TGI Friday’s in Forestville, Maryland – Exposed.

#NOW: The Prince George’s County Educators’ Association takes vote of “no confidence” in school oversight structure.
The governing body representing educators in the county are demanding a return to an elected school board. They say the current system lacks checks and balances.