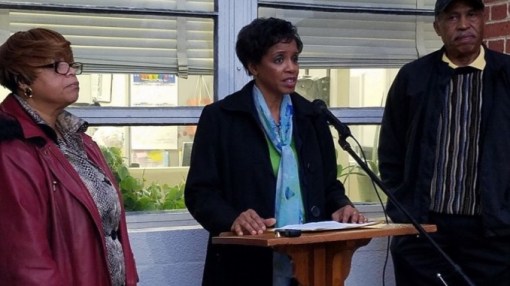 Donna Edwards already has her sights set on cleaning up the Prince George’s County school board in her bid for county executive.

If elected later this year, the former U.S. congresswoman said she would ban the school system CEO and top-ranking school officials from donating campaign contributions to board members.

“Our education leaders are bold enough to put up political contributions that can influence their hiring and contracting decisions,” Edwards said Thursday at a press conference outside the school administration building in Upper Marlboro. “It may not be illegal, but it is unethical.”

Edwards’ comments were triggered by revelations that two school board members, Carolyn Boston and Sonya Williams, received such donations for their election campaigns.

According to finance reports, schools system CEO Kevin Maxwell donated $500 to Boston, the school board vice president who served on a committee to evaluate Maxwell’s performance.

Boston, who couldn’t be reached for comment, eventually returned the money.

Williams received $3,000 from Delegate Dereck Davis (D-District 25) of Mitchellville, according to campaign documents. The money from Davis, who is married to schools Deputy Superintendent Monique Whittington Davis, came from his terminated campaign from Congress two years ago, campaign records show.

“I’ve known [Davis] forever,” said Williams, a civil engineer who has served on the board since 2014. “It is not unethical or illegal for any politician to support another politician’s campaign. My goal on the school board is for us to be great by choice.”

Although the Maryland Ethics Commission monitors and approves regulations based on the legislature, state law allows school boards to manage its own ethic rules and committees.

Michael Lord, executive director of the state’s Ethics Commission, said Prince George’s received approval for its ethics regulations at least three years ago. He said any school complaints, however, are handled by the county, not the commission.

“It is all done on the local level,” Lord said.

The donations to Boston and Williams surfaced after two parents, Keisha Chase and Yolanda Rogers, wrote a letter last week to alert the state’s ethics commission.

“The culture of pay-to-play, kickbacks, you-scratch-my-back-and-I’ll-scratch-yours must end if we are ever going to provide a quality education for our children,” the letter said.

Chase and Rogers have children who attend DuVal High School in Lanham. Parents received letters from Maxwell last month informing them several staff members had been removed for violation of grading and graduation procedures.

The parents now plan to bring their concerns about the campaign contributions to the state Board of Education and Republican Gov. Larry Hogan. 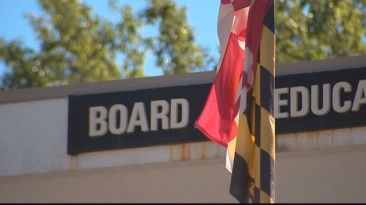