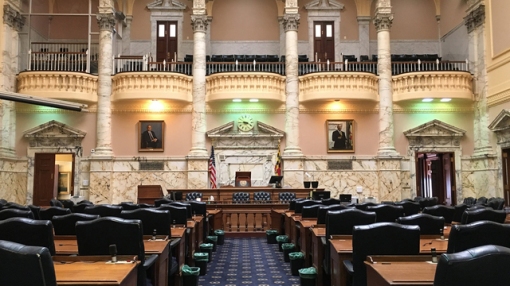 ANNAPOLIS, Md. – A new report from the Women’s Caucus of the Maryland General Assembly details accounts of harassment from staff, including interns and lobbyists as development continue with the “#MeToo” movement across the country.

The Caucus issued a Sexual Harassment Policy Recommendations guide as suggestions for future protocol, which has been in the works since 2016.

The Women’s Caucus says members of the Women Legislators of Maryland “collected stories about perceived harassment from our peers, staff interns, and lobbyists.”

There are public testimonies from Nina Smith, Former Press Secretary under Governor Martin O’Malley, and retired lobbyist Robin Schavit, who says she was sexually harassed almost every day.

In the reports, an anonymous former staffer said, “I asked a Senator I had worked for to write me a recommendation for law school and he said he’d only do it because I had cleavage exposed that day.”

Other accounts include an anonymous current staffer who said, “A legislator came into my office and sat down very close to me. We were alone in my boss’ office and he closed the door. He started telling me how I had a lot of potential, reached over and started rubbing my knees. I froze and he put his hands all the way up my skirt. I stood up and asked him to leave.”

The Maryland General Assembly says it became the 29th state in the nation to voluntarily develop an internal policy against sexual harassment in 1993.

The Women’s Caucus says the policy was made following high-profile allegations of sexual harassment against a legislator, which were raised by a lobbyist in judicial confirmation hearings.

While it did not protect lobbyists, reporting members would be handled by the Presiding Officers or their staff.

With over 20 years since the policy’s creation, Women’s Caucus President Delegate Ariana Kelly says the new policy recommendations “maintain the same basic structure today, although it has been updated and modernized multiple times. Despite this progress, the problem is far from solved. The recent #MeToo movement has brought to light a culture in which sexual harassment is still pervasive, and its harm too often ignored.”

A new working group was created to focus on finalizing specific recommendations for modernizing the policy, expanding the pool of stakeholders covered to include lobbyists and expanded accountability measures.

“Our recommendations would require the use of independent investigators to conduct investigations into alleged member misconduct, to remove the responsibility from any political stakeholders,” said Delegate Kelly.

The full report can be ready on the Women’s Caucus website.

“I hate it when you’re at a crowded reception or something, and some man needs to get past you. Instead of using words, or tapping on an appropriate body part, they use the opportunity to touch you in a gross sexual way, caressing your shoulder, or the small of your back. It’s subtle enough that you have to pretend it didn’t happen. But you know it did.”
– Current Staffer

“A legislator came into my office and sat down very close to me. We were alone in my boss’ office and he closed the door. He started telling me how I had a lot of potential, reached over and started rubbing my knees. I froze and he put his hands all the way up my skirt. I stood up and asked him to leave.”
– Current Staffer

“I was introduced to a senior male legislator amongst a group of other staff. When we went to shake hands he held mine longer than necessary and began to caress the inside of my palm with his finger. I didn’t want to pull away or make a scene at the time, and felt generally stunned. He smiled boldly and said he looked forward to working with me. I generally tried to avoid him after that.”

“I asked a Senator I had worked for to write me a recommendation for law school and he said he’d only do it because I had cleavage exposed that day.”
– Former staffer

“I worked as a lobbyist for a healthcare provider that provides women’s reproductive health care. A male legislator on a health committee asked me to get him a case of condoms, size large. He explained to me that he was very busy during session, and didn’t want to get anyone pregnant. At first I thought he was kidding, but he asked me again several times. Finally I said absolutely not, because it would violate ethics laws. He literally never spoke to me again. He was an important vote in the primary committee for bills of interest to my employer.”
– Former Lobbyist

“A male legislator described the color and print on his boxers and talked repeatedly about his “junk” in my office. Sometimes we work with legislators who are only a few years older and the line between friendly and professional is blurred. It feels like a fraternity house.”
– Current Staffer

“One time, I was standing in the corner of a hallway waiting for a meeting. An older male legislator walked up to me, invaded my personal bubble and leaned in close to me, trapping me where I was standing. He smiled and said ‘man, that dress is really working for you.’ Thankfully, someone else came in the hallway and, recognizing what was happening, loudly said hello to me. The legislator winked at me and walked away. I feel sick to my stomach every time I think about that incident.”
– Former Staffer

“A senior legislative colleague put his hand on my thigh in front of several colleagues. When I scolded him, he shamed me.”
– Current Legislator

“I went to a conference after party where I drank too much. Another lobbyist offered to get me safely in a taxi and instead took me to his room, got fully undressed and pushed me onto his bed. I had to run from his room.”
– Former Lobbyist

“I was offered a ride home from a legislative reception in Eastport from a colleague. Instead of driving me home, he pulled the car over to the side of the road, locked the doors, grabbed my breasts, and stuck his tongue in my ear. I had to push him off me forcefully, struggle to unlock the door, and walk home.”
– Current Legislator 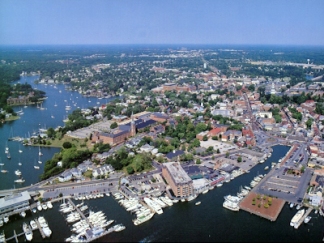