More drama at @pgcps as two parents file ethics complaint over campaign contributions to school Board members. Spokesman for @PGCPSCEO says one donation has been returned. pic.twitter.com/FP8ooRKhNR

KEY PLAYERS IN THE PGCPS SAGA

Delegate Dereck Davis (chairman of economic matters in Maryland) is said to be the force behind the scenes to derail progress so that his wife can benefit from the fiasco and derailment for personal gain. Davis must go home from the Maryland legislature by electing new leaders to replace him. Dereck Davis is married to Deputy Superintendent Monique Davis

Delegate Mr. Darryl Barnes is in major water after changing the rules to limit public participation. According to keen observers, Mr. Barnes is a lap dog of Delegate Dereck Davis. His activities are controlled by Delegate Dereck Davis and others. He must go home from the Maryland legislature by electing new leaders to replace.

Rushern Baker III according to Senator Muse,  (Baker above) wants the process of changing the Board to remain the same. They do not want an elected school board as far as I can tell because these two don’t want it. Wow wow.” Baker is a close friend of Delegate Dereck Davis. Mr. Baker also appointed his brother in Law as the Board chairman in a clear case of conflict of interest.

senator Mike Miller according to Senator Muse, Miller (above) wants the process of changing the board to remain the same. They do not want an elected school board as far as I can tell because these two don’t want it. Wow wow.”

According to Senator Antony Muse, Delegate Jay Walker (seen here) is not letting school board repeal bill out for a vote. This is wrong. This is politics at its worst. Yes all need to join in and put pressure on him from our district and County to return it to an all elected school board as my bill demands”, stated senator Muse

Delegate Carolyn J. B. Howard deputy Speaker Pro Tem Played major tricks last year and the bill which was supposed to repeal HB 1107 was defeated due to her misconduct. Her husband is part of the liquor commission which was busted by the FBI last year. 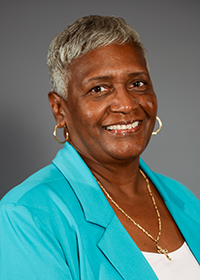 Carolyn M. Boston, District 6 is Vice Chair of the Prince George’s county Board of Education. Boston accepted $500 from Maxwell and $2,000 from a vendor in a clear conflict of interest.

Sonya Williams is a member of Prince George’s county Board of Education. She has received thousand of dollars from Delegate Dereck Davis for campaign

Christian Rhodes. Title, Strategic Partners Officer. – He controls the unions and other groups through others. The current problems in PGCPS have his prints in them.