Bowie City Council member Courtney Glass has pleaded guilty last week to driving while impaired and was given probation before judgment by a Prince George’s County judge. (Courtesy Photo)

A Bowie City Council member Courtney Glass pleaded guilty last week to driving while impaired and was given probation before judgment by a Prince George’s County judge.

District Court Judge Vincent J. Femia set aside the plea and sentenced Glass to six months of unsupervised probation and assessed $645 — a $500 fine and $145 in court costs, said John Erzen, a spokesman for the Prince George’s County State’s Attorney’s Office.

Glass could not be reached for comment. She was represented by attorney Thomas V. Mike Miller Jr., president of the state Senate, online court records show.

The traffic incident involving Glass took place in May of last year. Bowie police responded to a call about a possible hit-and-run accident near Annapolis Road and Grenville Lane at about 11:15 on the night of May 18, police said.

The motorcyclist, identified at Christian Streeter of Bowie, was not seriously injured, police said.

In addition to the fines and court costs, Glass was ordered to pay $1,020 in restitution to compensate Streeter for the insurance deductibles he paid for treatment and rehabilitation of the minor injuries he sustained. The nature of his injuries was not made clear.

A witness was able to get the license plate number of the vehicle that struck the motorcyclist. Bowie police officers eventually traced the vehicle to Glass, police said

Officers went to Glass’ home in Bowie shortly after midnight, where they encountered her after she had parked her car. Officers said they smelled alcohol on her breath, according to police, and administered a field sobriety test.

She was cited for driving under the influence, driving while impaired, driving the wrong way on a one-way street and failure to return and remain at the scene of an accident, online court records show. All of the charges were merged into a single county of DUI.

Glass, 34, is in her first term on the council, representing District 3. She won the spot in 2015, during the most recent citywide election.

Bowie Mayor G. Frederick Robinson said he did not anticipate any sort of official reprimand for Glass, because she received only probation and a fine for the incident.

“I don’t think we’ll be doing anything,” he said. “It’s a matter between her and the court.” 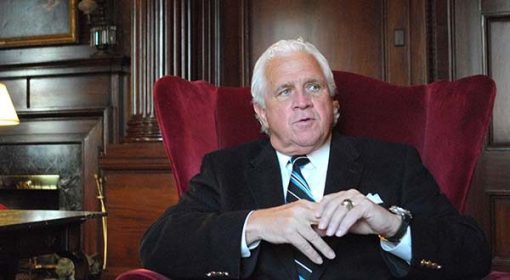