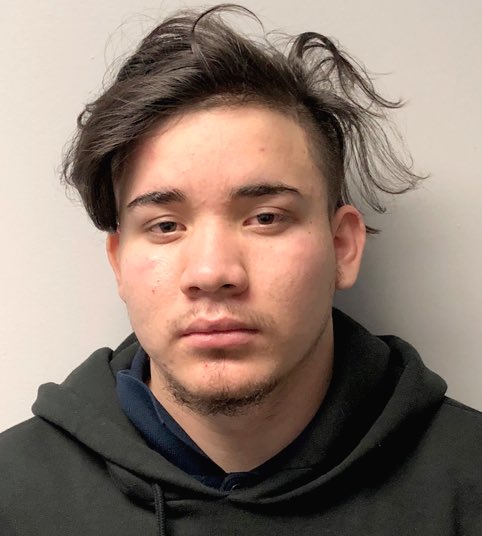 The suspect (Seen here) 19 years Edwin Martinez of Seat Pleasant. Police say they were arguing over a girl.

CAPTIAL HEIGHTS, Md.  — Police say they believe a fight that led to a stabbing at Central High School in Capitol Heights Thursday afternoon was over a girl.

By Friday morning, 19-year-old Edwin Martinez was facing charges for possession of weapons, attempted murder and assault in connection with the incident.

The school was on lockdown for 24 hours following the stabbing and Friday morning the Prince George’s County Police Chief as well as the school superintended interviewed students and staff at the school.

Authorities confirmed that the injured students are expected to recover.

The school superintendent Kevin Maxwell told the local press that, he doesn’t see their security protocol changing after the situation.

#Update: This Central High student faces attempted murder charges after police say he stabbed two other students inside their Capitol Heights school today. The suspect is 19 y/o Edwin Martinez of Seat Pleasant. Police say they were arguing over a girl.https://t.co/gPl9w9vFDa pic.twitter.com/aSS4JWNPWL

#Now: Dr. Kevin Maxwell and Chief Hank Stawinski arrive at Central High School to walk the halls of the school and check on students the day after a knife fight inside the school. One student is charged with two counts of attempted murder. pic.twitter.com/cxyPEYF4qS