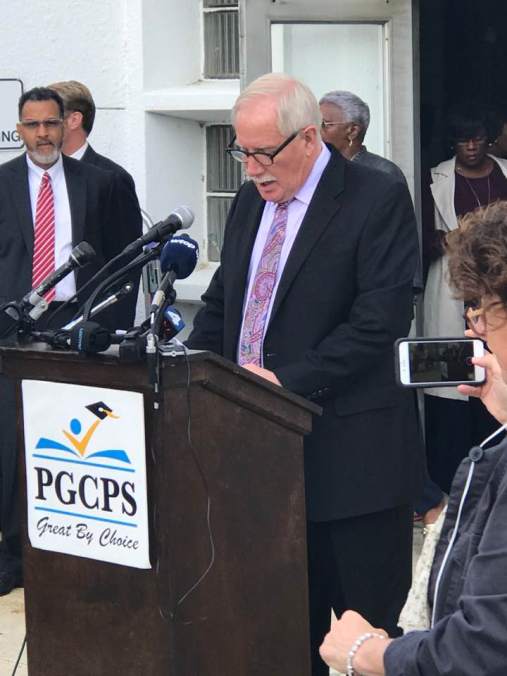 Grades for nearly 5,500 students in a Maryland school system were changed days before graduation during the past two years, according to results from an investigation sparked by concerns that educators were fraudulently boosting graduation rates.

Findings from the review of Prince George’s County public schools, which were released Friday, also found rampant lapses in documentation and nearly 60 instances of students being ineligible to graduate.

The 211-page report pointed to problems in grading and student absenteeism, but did not find that tampering was ordered by the district’s leadership, which includes chief executive Kevin Maxwell. Nor was there evidence of systemwide intimidation, according to the independent investigators, who were hired after Gov. Larry Hogan (R) ordered a review.

The report said 107 people filed complaints during a seven-week investigation — which ended Tuesday — and that nearly half of those related to improper grade changes and ineligible graduates.

As investigators visited the 28 high schools in the Prince George’s school system, they conducted an examination of randomly selected records for 1,212 students with late grade changes.

Prince George’s County Schools CEO Kevin Maxwell reacts to the audit, with School Board members behind him. (WTOP/Kate Ryan)

The results were troubling: The investigators found about 30 percent of the students whose records were reviewed either lacked documentation that justified graduation or were clearly ineligible.

The report’s authors said the percentage could not be assumed to hold true for the larger population of 15,215 graduates in 2016 and 2017 because the records were selected from the nearly 5,500 students with late grade changes.

State officials said Friday they are “deeply concerned” by the report’s findings and have asked the school system for a plan to improve its processes and governance within two months. The plan is to be reviewed in January by the state board of education, which could take action.

“Based on an initial review of the investigative report, Governor Hogan is extremely troubled by its findings,” said Shareese Churchill, spokeswoman for Hogan. “It clearly indicates that the Prince George’s County school system is failing to properly educate far too many students, and is actively betraying the community’s trust — willfully compromising students’ opportunity for future success.”

Four-year graduation rates in Prince George’s have risen in recent years, jumping from 74.1 percent in 2013 to 81.4 percent in 2016 — lower than the state average of 87.6 percent but the largest gain for that period of any school system in Maryland.

Prince George’s officials responded to the report Friday by underscoring that the findings do not support allegations of a “systemic direction” to change grades, as was alleged.

Maxwell and Segun Eubanks, the school board’s chairman, appeared on the defensive as they met with reporters, saying the impetus behind the audit was political and that the problems would have come to light had the school system been allowed to conduct its own review internally.

“It becomes political when it goes to the governor of the state of Maryland” and not through “normal processes,” Maxwell said.

Maxwell vowed the school system would take “appropriate disciplinary action” as needed and problems would be “corrected with a sense of urgency.”

Still, he said, “because a grade was changed, it doesn’t mean it was wrong or illegal. There’s a lot of reasons why that may happen.”

He and Eubanks said the district would work to improve teacher training, increase communication with teachers and implement technology to automatically calculate grades.

The report suggested a wide failure of accountability, citing irregularities in grade changes and tracking the community service hours required for graduation.

In 2017, 159 students graduated despite more than 50 days of unexcused absences.

Under district procedures, high school students are supposed to get Es in full-year courses for which they have 10 days or more of unlawful absence, the report said.

Claims of improper conduct in Prince George’s schools were first made by a four-member minority bloc of the county school board in a May letter to Hogan.

The four said whistleblowers had come forward with evidence that grades were changed and that students were credited for courses they had not taken, as part of “widespread systemic corruption” in the 132,000-student district. They alleged that hundreds of students had graduated without meeting state requirements.

Maxwell denounced the allegations at the time, calling them baseless, politically motivated and an effort to undermine recent gains. But state lawmakers in Prince George’s urged an in-depth audit, and Hogan asked the Maryland State Board of Education for a “complete, thorough and exhaustive” investigation.

By the time the state board voted to bring in an outside investigator in June, Maxwell and other officials supported the idea, saying it would bring closure.

The state in late August hired a D.C. firm — Alvarez & Marsal Public Sector Services — to conduct the investigation, and on Sept. 18 announced a hotline number and email address for reporting potential tampering or misconduct. The report was due Tuesday.

Throughout the scandal, Maxwell has reiterated that there were no orders from the top to do anything improper, but he has shifted his message about potential problems.

On Friday, he voiced concern about “the serious errors found at many high schools.”

School board members Edward Burroughs III and David Murray, part of the minority bloc that asked the state to investigate, said they went outside the system because they didn’t feel confident the board would take action.

“The report found exactly what we said in our letter–that hundreds of students are graduating that do not meet the requirements,” Murray said. “We said it was happening across the system and the report found that to be absolutely true. It was even more than we imagined.”

The allegations have increased political tensions in Prince George’s, where County Executive Rushern L. Baker III (D) selected Maxwell as schools chief and stood by him. In recent months, Baker has announced his candidacy for his party’s nomination to run against Hogan in the 2018 gubernatorial race.

Maxwell has pointed to the progress in graduation rates as a signature accomplishment.

Earlier this year, he and other top administrators did a bus tour of the eight county high schools with a graduation rate of 90 percent or better. Students and staff cheered their success, with banners celebrating them as part of the “90 Percent Club.” 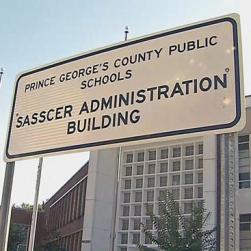