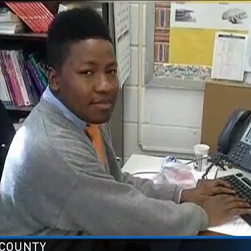 A former Maryland substitute teacher and youth basketball coach who was arrested on child pornography charges earlier this year victimized dozens of children, including many who authorities have not yet identified, the Prince George’s County State’s Attorney’s Office said Friday.

The announcement shows the criminal case against Christopher H. Speights, 35, continues to grow. While authorities did not specify an exact number of suspected victims, they said that the investigation is wide-reaching since Speights worked with a team that traveled out of state.

Officials urged parents on Friday to call Maryland State Police if they suspect their child had contact with Speights, who worked at Bradbury Heights Elementary School and coached the South County Steelers in Maryland.

“We’re trying to make sure that we’re able to speak with anyone who could have been impacted so we can really build a case that will hold him accountable for what he has done,” said Erzen, who asked parents to call 800-637-5437 if they suspect their children had contact with Speights.

Speights, of Capitol Heights, was arrested in April on allegations of sharing child pornography through a Dropbox account.

The academy conducted a background check for Speights, but nothing came up, Henry said. He was also a respected coach in the area, Henry said.

“It was extremely shocking and very difficult for me,” said Henry, who had also known Speights personally for about a decade. “I would have never guessed it.”

Henry said the basketball team, which would travel mostly in the region and locations such as to Ocean City, or to Virginia, has disbanded since Speights’s arrest in April.

Henry said he’s been looking at ways to better monitor coaches, including asking them to share their social media handles so the academy can monitor them.

“It’s a shame,” Henry said. “You have a lot of good coaches doing stuff that is positive for kids. And something like this happens, and it not just tarnishes us but the whole process.”

Messages requesting comment left at numbers that appear to be connected with Speights’s family were not immediately returned. Speights’s public defender in Prince George’s County said she had no comment on the matter while the case was pending.

Speights also faces federal charges. In July, a federal grand jury returned an indictment against him on two counts of production and one count of attempted production of child pornography in a case involving four minors, court records indicate.

Speights entered a plea of not guilty in federal court Aug. 22.

School system officials removed him from the district’s substitute teaching list after learning of his arrest, White said.

Law enforcement has said “there’s no evidence to suggest that any incidents took place on school property,” White said. “To this point, we have no confirmation of any students being involved.”

The school system conducted a background check for Speights upon his employment, said White. He said he couldn’t comment on whether there were problems during Speights’s time with the school system citing confidential personnel matters.

Speights’s case comes after the county had been reeling from a child sex abuse scandal involving Deonte Carraway, a former teacher’s aid and volunteer at Judge Sylvania W. Woods Elementary in Glenarden. Carraway, who also worked as a local choir director, was sentenced to 75 years in federal prison after admitting to coercing students to perform sex acts on video and send him explicit images. Some acts occurred on school property during the school day, police said.

The school system launched a task force to review how it handles reports of alleged abuse in the wake of the Carraway case.

“We’re implementing their recommendations and doing everything we can to protect children even when adults do not have a criminal history,” White said. 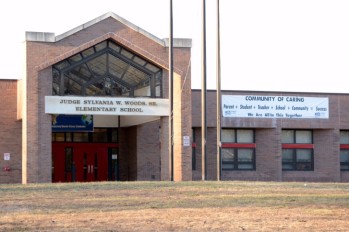