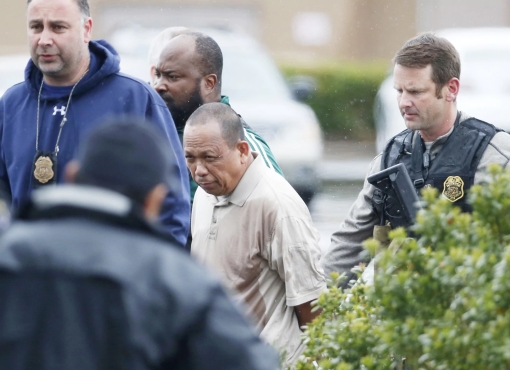 The former federal protective officer who went on a two-day shooting rampage in Maryland last year is scheduled to be sentenced Wednesday morning in the killing of his estranged wife.

Eulalio Tordil, 64, pleaded guilty in June to fatally shooting Gladys Tordil in the parking lot of Beltsville High School as she was picking up her daughters.

The shooting on May 5, 2016, in Prince George’s County set off a manhunt for Eulalio Tordil, who after killing his wife wound up the next day in neighboring Montgomery County and fatally shot two others in his attempts to flee police.

A Prince George’s County judge could sentence Tordil to life in prison without parole in the slaying of his wife, a term he would serve in addition to the sentence he received in Montgomery.

In July, a Montgomery County judge sentenced Tordil to four back-to-back life sentences in the slayings of Malcom “Mike” Winffel, who was coming to the aid of a woman whose car Tordil was trying to steal at a mall, and Claudina Molina, who was shot by Tordil as he tried to take her SUV outside a grocery store. The sentence also includes punishment for two counts of attempted first-degree murder in the shooting of two others who survived the rampage.

In addition to the slaying of his wife, Tordil will also be sentenced for attempted murder in the shooting of a man who tried to intervene in the Beltsville High parking lot.

Tordil had gone to the school two months after his wife filed a protective order against him. In her request for the order, she said that he had slapped her so hard he broke the glasses on her face and that he threatened to hurt her if she left the marriage. The Parkdale High School chemistry teacher also said Tordil subjected her two teenage daughters to military-style punishment.

[Suspect lost eyeglasses and was unable to flee after shooting, prosecutors say]

A judge granted the order, forcing him to turn in a cache of weapons to law enforcement and go on administrative leave from his position in the Federal Protective Service. Tordil, however, retained one gun that authorities did not know about. In a journal of his writings, which prosecutors detailed in court during his sentencing in Montgomery, Tordil planned the string of violence against his wife in the aftermath of their failed relationship and the impending loss of his job.

He said in his journal that his marriage had “reached a point of no return” and asked “God and the potential victims . . . for forgiveness,” according to prosecutors’ accounts of his writings.

Tordil also wrote in his journal that he planned to die “in a hail of bullets” via “suicide by cop.”

Instead, police arrested Tordil, who had lost his eyeglasses when Molina ripped them off his face while fighting him as he tried to take her car.

Unable to see, he went across the street for lunch at Boston Market and coffee at Dunkin’ Donuts before police arrested him without incident.

Gladys Tordil, (a former PGCPS Employee) was killed when her husband Eulalio Tordil shot her dead one Thursday afternoon. 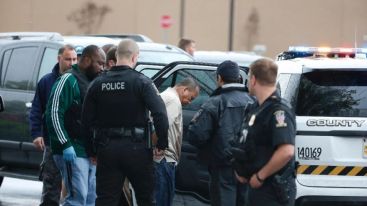