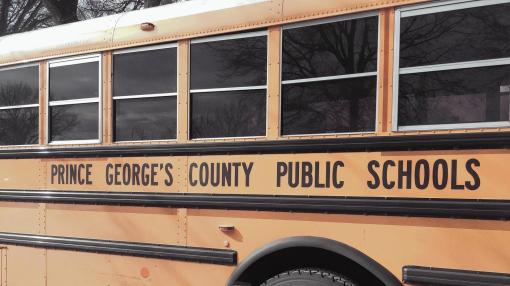 Members of the Prince George’s County’s legislative delegation joined the call Thursday for a state investigation into charges that county school officials doctored grades to increase promotion and graduation rates.

In a letter dated Thursday, the delegates called upon state Superintendent of Schools Karen B. Salmon to examine the claims. The letter was signed by Dels. Jerry Walker and Geraldine Valentino-Smith, a Bowie resident and vice chairwoman of the delegation.

The claims were made by four members of the county school board, including David Murray and Raaheela Ahmed of Bowie.

The allegations of grade tampering came to light this week when county schools CEO Kevin Maxwell revealed that four school board sent a letter to Gov. Larry Hogan, asking him to conduct an investigation into possible irregularities. He dismissed the claims as “politically motivated” and revealed that a similar probe conducted last fall turned up no evidence of grade-tampering. However, Dr. Maxwell has refused to sit down with reporters as such fox for on camera interview despite repeated requests.

At a jam-packed and often heated school board meeting Thursday night, during which the $1.9 billion school budget was passed, Maxwell repeated his defense of the school system.

“The false allegations about our graduation rates strike at everything that Prince George’s schools stand for – past, present and future,” Maxwell said. “These allegations denigrate why teachers teach and why principals lead. They are a personal attack on every teacher, counselor administrator and employee in this system.”

In their letter, the delegates said the state probe of anonymous allegations last fall did not go far enough because the school personnel interviewed in that investigation were selected by Maxwell.

“It has come to our attention that a high level of concern exists for those schools that experienced a significant change in graduation rate or that have a significant disparity between graduation rates and the performance of students on high school standardized tests,” delegates wrote. “We are also aware that the local change in grading policy may be causing both confusion and disagreement among teachers and parents and this issue could certainly be clarified through a careful MSDE review.”

County officials adopt slightly increased budget for FY 2018
The other nine school board members and a group of county high school principals released statements this week denying the charges and supporting Maxwell.

But Ahmed and Murray stood by their claims, saying Thursday they’d heard and seen enough evidence from system employees to indicate that something was amiss with the grading system. Hogan’s office has forwarded the letter to state education officials.

“There was enough information that I had received – testimony, having seen documents – that there convinced me there was reason for some of these things to be true,” Ahmed said. “I had reason to expect issues – widespread issues.”

Tracie Miller, principal of Gwynn Park High School, was joined by several other high school principals at the board meeting in Upper Marlboro as she spoke out in defense of her colleagues at the meeting.

“We, as high school principals, are extremely offended about the allegations and hurtful accusations that we pressure teachers to to give students grades in order to (increase) the graduation rate,” she said. Such claims, she added, “stain all of us.”

Many parents have come forward with information that their children grades appear suspicious after receiving an A in their report card. Other students who skipped school for many days got A’s and B’s as part of their grades in a shocking revelation to make the adminstration look good.