It was an all-out kumbaya moment at Oxon Hill High School’s graduation Wednesday but not everyone’s feeling the love. Two students said they were bullied by administrators.

Monet Key-Passmore was the class president, Destiny Richardson was the student government association president; between the two of them there are a bunch of awards and countless volunteer hours.

They were left off the speaking program at commencement, so they asked school board member Ed Burroughs for help.

He said the principal gave him the green light to share his time with the ladies.

“We walked up and I was going to start my speech and the mic wasn’t working,” recalled Key-Passmore.

But this was no technical glitch because it happened twice. WUSA9 obtained cell phone video of the awkward moment. Then the graduates said it got worse.

“Dr. Monique Davis charged at me and said ‘sit down and don’t say nothing, don’t get up,” Richardson recalled, “every time I would attempt to she would cut her eyes at me to intimidate me and that’s when I got emotional and started crying.”

Dr. Monique Davis is the school’s deputy superintendent who did not return our calls for comment. But the graduates said more than an apology, they want to make sure this doesn’t happen to another graduating class.

“We have employees on leave for similar behavior and I just can’t believe we would treat children this way I’m very disappointed in Monique Davis, the deputy superintendent,” said Edward Burroughs, “this is unacceptable!”

Burroughs later told said he feels like the school department is retaliating. He tried to attend another graduation ceremony Thursday when he was surrounded by police. He said they were directed by the superintendent to arrest him if he approached the stage or administrators. A school spokesperson agreed it sounded unusual but has yet to offer an official response.

The school department did release the following statement about the Oxon Hill graduation:

“High school graduation ceremonies in Prince George’s County Public Schools (PGCPS) celebrate students and their accomplishments. The ceremonies are planned by school administrators in advance with the help of a standardized template. Speakers are notified well in advance. Changes or additions to the program should be approved by school administrators well before the graduation ceremony. Day-of requests cannot be accommodated to ensure the ceremony remains on schedule and aligns with the printed program.” 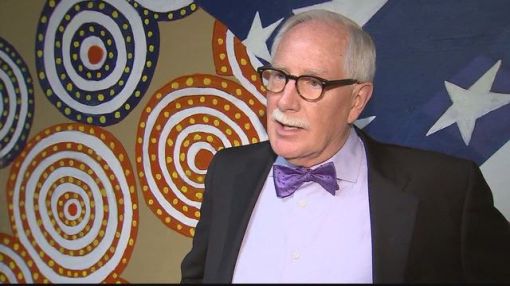 Dr.Kevin Maxwell is Said to have ordered police to arrest School Board Member Edward Burroughs III.