County Executive Rushern Baker (shown here) has allowed violations of law to continue unchallenged while working closely with Mr. Haitham Hijazi, Director of Permitting for P. G. County (holdovers from the previous County administration). DPIE’s responsibilities include identifying properties that are vacant, abandoned, foreclosed or blighted. His son, Abdullah Haitham Hijazi, Esq., is the person who appears in court to represent the family interests.

Reducing foreclosure ‘backlogs’ is not the same as reducing foreclosures. To reduce foreclosures, best we keep people in their homes. Unfortunately, a different strategy is too often pursued, at least in Prince George’s County–speeding up the foreclosures. The backlog of foreclosures still in the hopper in the county can thus be reduced, on the books. It’s a strategy that benefits real estate investors. House flippers with the capital and connections to snap up a bunch of houses can then turn around and sell the houses at a profit, sometimes quickly.

Take for example the real estate company called Integrity Professional Contracting, in Prince George’s County, Maryland. On September 12, 2013, Integrity Professional Contracting purchased a pleasant home at 7800 Suiter Way, in Landover, for the bargain price of $73,000. Four bedrooms, four baths, nice yard if somewhat bland landscaping. The Washington Post’s real estate report listed Mark H. and Gerard W. Wittstadt as the seller. However, Maryland public records show that the actual homeowner was Olusegun A. Bright. Bright had bought his house in 2005 for $215,000. Forced into foreclosure after the collapse of the real estate market, he sold at enormous loss.

The Wittstadts were what is known as ‘substitute trustees’. In Maryland, these companies help push along the process of foreclosure. When a homeowner falls behind on  mortgage payments, the bank holding the mortgage note can contract with a foreclosure firm–which acts as ‘substitute trustees’, standing in for the lender–rather than dealing directly with the homeowner. Sometimes this arrangement works out well for the bank, which has fewer tearful borrowers to deal with and fewer individual cases to decide justly on the merits. Sometimes the arrangement fails to benefit the bank. 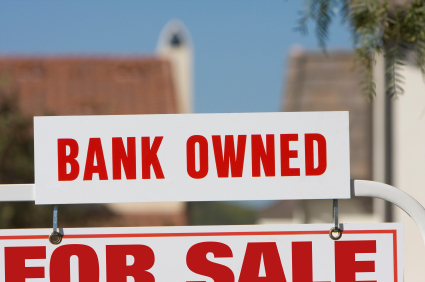 Signs of the times

The process can benefit well-financed house flippers, as mentioned. Integrity Professional Contracting sold the 7800 Suiter Way property on October 10, 2013, for $193,000–still a reasonable price for a good-sized condo in good shape, nonetheless a $120K gain in less than a month.

The company has not yet returned a telephone call for inquiry. Its members may or may not be Flip or Flop fans. What is known is that its top executive is Abdullah Haitham Hijazi, son as previously written of P. G. County’s Director of Permitting, Inspections and Enforcement. Mr. Hijazi has gotten sweet press from the Washington Post, partly in support of cutting red tape, partly in sympathy for immigrant families in America.

There seems to be little regulation of ‘substitute trustees’ in Maryland. Or–if you really can’t stand the word “regulation”–there seems to be little public oversight. With the enormous supply of homes in foreclosure in Prince George’s County, there is tremendous market pressure to ease up restraints that would keep properties from coming on the market. ‘Reducing the backlog’, again. (And “reducing regulation” and “cutting the red tape.”) Add to that a large county that includes historically excluded minorities, immigrant families, and first-time home buyers, and you have the ideal population for taking advantage of, historically under-served, with apparently little or no scrutiny from the state Attorney General. (Lack of scrutiny from the courts as an issue will have to wait for another day.)

Add further the recent down and up in real estate–the crash in 2007-2009, and the recovering housing market today. There is interest in buying houses, and there is frustration in waiting for a house to come on the market. Also, sellers leaving their homes voluntarily may choose to hold out for a decent price. And if they’re in a good position to sell, they may also have access to legal protection.

So what’s a sharp house flipper to do? One thing he can do is get in on the ‘substitute trustee’ end of the business. That way, he’s in touch with banks/lenders, with information on houses heading into foreclosure. In fact, he’s put directly in touch with the homeowners struggling with foreclosure. Another thing he can do is keep a sharp eye out for the most recent updates/information on permitting.

Integrity Professional Contracting, for example, the firm mentioned above, became active (registered) in Maryland in April 2011. The company purchased two houses in Prince George’s County in the next two years, and sold two others. Mr. Hijazi became Acting Director of DPIE on June 11, 2013, transferring from his previous county position as Director of the Department of Public Works and Transportation. A quick look at WaPo home sales for P. G. shows that from that date through the end of the year, the Hijazi firm bought six houses, selling the two in foreclosure mentioned above.

From the standpoint of public policy, this is not the best strategy for reducing backlogs. The effect in Prince George’s County has been to reduce–directly and drastically–the chief source of wealth for historically excluded groups.