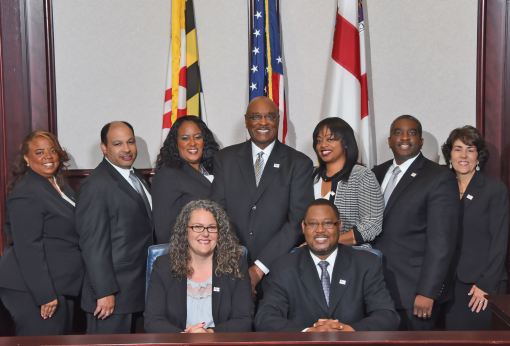 UPPER MARLBORO – The department of public works and transportation (DPW&T) is one of the more visible government agencies, responsible for street repair, snow removal and TheBus service. As the county council reviews their budget request for this year, they want to make sure residents see the results of those investments.

At the Transportation, Housing & the Environment (THE) committee work session on April 19, council members grilled DPW&T staff about initiatives they had funded last year which, some council members felt, were not seeing appropriate progress. Several members brought up the $2 million litter clean-up initiative included in the fiscal year 2017 approved budget. The money was intended to pay contractors to go out into each councilmanic district and pick up trash – but, as of the meeting, none of it had been spent, with only two and a half months left in the fiscal year.

“This is your operating budget. This isn’t something we wanted to see over two and three years. We are drowning in litter. It is everywhere. I cannot see any rationale- this is not a high-level activity, picking up litter – I can’t see any rationale why we have not spent that budget,” Mary Lehman, the committee’s vice-chair, said. “I personally wanted to see all of that $2 million spent by now. I really don’t understand it. I feel like we would have been better spent giving it to the department of corrections or somebody else. It’s just not acceptable.”

Darryl Mobley, director of DPW&T, said contract delays are the reason the money remains unspent. He said the department began the bidding process in September, with a Request for Proposals (RFP). But, the bidders who submitted during the first round were unresponsive, so a second round had to commence.

Gwen Clerkley, associate director for the office of highway maintenance, said the department is currently negotiating with the one bidder who was responsive to get the bidder to come up with a new plan that falls within the $2 million budget.

“They are going back, reviewing their numbers. They based their estimate solely on providing four crews of four for every council district. We asked them to go back and structure a program that would allow them to go back and meet the need,” she said. “It is our hope to have services in place by May 1.”

Mobley added that although that specific pot of money has not been spent, the department has staff out in the field “every day” cleaning up litter.

Councilwomen Deni Taveras echoed Lehman’s concerns about trash in her district, specifically around bus stops that do not have trash cans.

“A lot of times people will just tie a bag there, and it just overflows. At the end of the day, we just have trash everywhere,” she said. “We’re in a desperate state in terms of litter in my district.”

“This was not meant as a CIP (capital improvements program) project. This is operating money. So what happens to it?” Lehman asked. “My constituents want their roads resurfaced in real time, in their lifetime. And they’re waiting for years.”

Clerkley explained that the contractors don’t work on one road at a time; rather, they complete the first step on every road on their list, then move to the next step, and so on.

“Contractors don’t really work on a per-road basis. And I think that’s part of the miscommunication,” she said. “For now, it is more expeditious and cost-effective… for the roads that we’ve assigned to them, they go through and do all of their concrete work, then they will mill the road and do the resurfacing.”

She added, “I hear your frustration.”

The FY18 budget proposal for the department totals $29.9 million, which is an increase of about 13.5 percent over last year. Some of that- $204,400- comes from the addition of five staff members to help implement the county council’s updated taxicab regulations passed last year. DPW&T is also working to refresh the seat cushions and covers on its bus fleet, as well as purchase new vehicles to replace the current ones, which the department says are rapidly aging. $1.2 million is projected for bus replacement in FY18. Money has also been set aside for new infrared technology to handle potholes and as well as a system that will allow the department to track its vehicles in real time during snow events. The automatic vehicle location system is budgeted for $450,000.

DPW&T is also responsible for rolling out the BikeShare program in the county, which is projected to cost $1.4 million for the first phase. However, Mobley said they are pursing grants to cover as much as $740,000 of that total. In all, the department is seeking to increase the amount of outside grants it receives by $1.6 million.

The department anticipates approximately $600,000 of overtime related to snow and ice removal, equipment repairs, and debris removal, which Mobley said was calculated based on historical trends.

Prince George’s County’s staggering and tragic corruption will not end until leaders with integrity and ZERO vested interests in the system replace thieves.