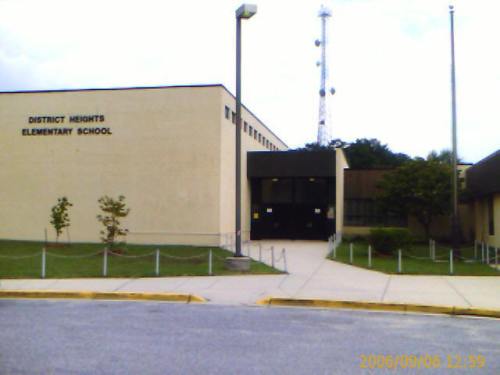 On Friday, the school system sent a letter home to parents stating that it was working to improve the air quality at the school and was awaiting the results of a mold test.

Parents are apprehensive about the news.

Phyllis Wright, whose 6- and 7-year-old daughters attend District Heights Elementary, told NBC Washington that she has kept her kids home from school since Wednesday because she thinks there is mold in their school’s building.

“One said ‘I’m sick.’ The other one said, ‘It’s because of the mold that’s in the building,’” Wright told NBC Washington.

Wright told the TV station that she was worried about the other students at the school.

“I’m hurting for the 500 and other children (who go) there,” she said.
The school plans to hold a community meeting Monday to address air quality concerns and discuss what steps the school is taking to address the issue.