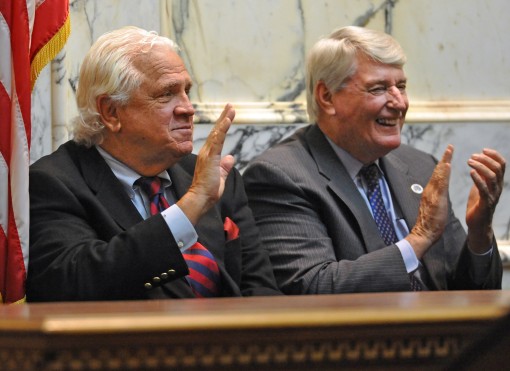 Nearly a third of Maryland residents see corruption as a major problem in state government, according to a Washington Post-University of Maryland poll, a perception that coincides with a push by lawmakers and Gov. Larry Hogan to strengthen ethics laws.

The House of Delegates gave final approval Friday to compromise legislation crafted by Hogan (R) and House Speaker Michael E. Busch (D-Anne Arundel) that would increase financial disclosure requirements and expand the definition of what constitutes a conflict of interest.

The legislation — part of an effort to address a string of scandals involving Democratic lawmakers — will now be considered in the Senate.

State lawmakers are also negotiating bills to overhaul the structure of the Prince George’s County liquor board, an agency at the center of a federal corruption probe that resulted in bribery charges against two former delegates from Prince George’s earlier this year.

A third Democrat, who had been chosen to fill an empty seat in the House of Delegates, lost that position after he was indicted for illegal campaign contributions. And Del. Dan K. Morhaim (D-Baltimore County) received a rare public reprimand from his House colleagues for violating the spirit of ethics laws by taking stances on the state’s nascent medical marijuana industry without publicly making clear that he was a consultant for a marijuana-related business.

India Patterson, who lives in the Prince George’s town of Brentwood, said she was floored by the recent charges against former delegates Michael L. Vaughn (D) and William A. Campos (D), especially since they came from her county, which has been dogged by high-profile corruption cases.

“It’s an embarrassment,” said Patterson, a 39-year-old health-care worker. “Prince George’s has come so far but yet we are still so behind.”Federal authorities have accused Vaughn, Campos, the liquor board administrator and an appointed commissioner of accepting or arranging bribes for actions relating to liquor laws or board decisions.

In response to the case, Hogan proposed legislation to cut local party officials from the process of choosing liquor board commissioners, while requiring the regulators to undergo criminal background checks.

State lawmakers did not take action on the governor’s proposal, but are advancing alternative bills that would subject liquor inspectors, commissioners and board staff to more stringent public ethics laws.

Legislators agree in their proposals that the Prince George’s county executive should appoint the commissioners, instead of the governor. They are negotiating whether state senators should still have a say.

While that debate is ongoing, lawmakers are on the verge of passing a revised version of Hogan’s Public Integrity Act, which is aimed at closing gaps in state ethics laws exposed by the ethics committee investigation and subsequent House reprimand of Morhaim.

The longtime lawmaker urged marijuana regulators to change rules affecting the medical marijuana industry without fully disclosing he had become affiliated with a cannabis company, and also spoke out on marijuana issues in the legislature without making his work for the company known to fellow lawmakers.

The Joint Committee on Legislative Ethics found no violations of disclosure rules or evidence that Morhaim intentionally tried to use his public office to his financial advantage, but nevertheless concluded his actions were improper and tarnished the legislative body’s reputation.

The bill tentatively approved by the House on Thursday would make similar conduct by lawmakers illegal, not just improper. If passed, the legislation would require lawmakers to disclose any arrangements in which they are being paid or will be paid by companies vying for state licenses or awards.

Lawmakers are generally barred from taking legislative action on bills that could have a direct financial benefit to them or their employer, and the ethics committee criticized Morhaim for asking the Maryland Medical Cannabis Commission to change the rules for awarding licenses to companies in a way that could have benefited Doctor’s Orders.
The bill awaiting final action in the House expands the definition of legislative action to include testimony before state regulators.“As we went through some issues this year with the ethics committee, I believe there were some things that we could do a little bit better,” Busch said at a hearing on his ethics bill, which has since been merged with the governor’s. “There’s got to be more transparency.”

The legislation makes comprehensive financial disclosures filed by lawmakers available online, instead of requiring an in-person trip to the State Ethics Commission in Annapolis. Those who view the filings still must provide their name and home address, which are forwarded to lawmakers whose disclosures have been viewed.

The legislature rejected several ethics provisions pushed by Hogan’s administration, including stripping the General Assembly of the power to police its members’ adherence to ethics rules.

“If legislators are not policing ourselves, there’s accountability at the polling place,” state Sen. Cheryl C. Kagan (D-Montgomery) said at a hearing on Hogan’s bill.

As a compromise, Democrats agreed to create a citizen advisory panel that could recommend changes to legislative ethics laws and policies but would have no investigatory power.

“Is it as strong we wanted? No. That doesn’t mean that the bill going forward won’t do a lot of good for the people of the state in helping to restore some of that trust that was lost,” Hogan spokesman Doug Mayer said. “With the very public indictments and ethical lapses that have occurred over the last couple of months, something needed to get done.”

Separately, Busch and Senate President Thomas V. Mike Miller Jr. (D-Calvert) are pushing to bar lawmakers from working with medical cannabis companies as part of a regulatory overhaul of the industry.

Stacy Fraser, who lives in Upper Marlboro in Prince George’s, said the recent corruption cases have left her focused more on candidates’ characters than their political affiliations.

“It’s not about the party anymore,” said Fraser, 41. “It’s the person and what their intentions are.” 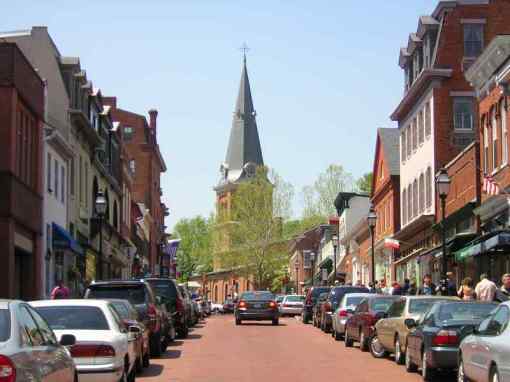