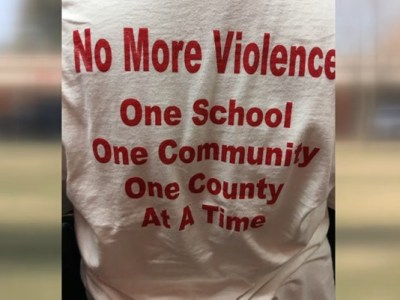 TEMPLE HILLS, MD (WUSA9) – In the wake of an on-campus stabbing at Crossland High School Monday, student leaders and administrators have stepped up a year-long anti-violence campaign.

“I get tired of being classified as that, there’s problems here,” said Crossland’s Student Government President Andrea Nickens.

Nickens is helping lead an effort to change a culture that accepts violence.

On April 8th, student leaders are staging a “fun run” to build a different kind of culture. The “Color Me Crossland” event is intended to convert discussions about non-violence into positive actions and to invite students to become “ambassadors of peace.”

The culture Nickens and others are fighting is best exemplified on websites such as WorldStar HipHop, which successfully trades in a subculture of school “fight videos.”

In the wake of the stabbing at Crossland, one mother tweeted out a series of such fight videos taken at the school claiming they are proof all high schools need more security.

“A lot of youth come to these schools with weapons,” complained mother Rachelle Lewis.

High schools in Prince George’s County have an assigned police officer on duty at all times, as well as a counseling staff responsible for hallway and building security.

Students leaders like Nickens said additional school security is only part of the equation.

“If we have kids with problems socially, emotionally, or mentally, we have to get those needs addressed,” Mosely Fax said Monday.