Prince George’s paid $1.5 million to settle a claim involving a 15-year-old girl who was sexually abused by a county teacher, ending a case that alleged failures in investigating sexual misconduct and supervising employees in the Maryland school system.

The deal reached in December, after more than three years of litigation, was disclosed by the school system in response to an ­open-records request filed by The Washington Post. The disclosure of the district’s payment comes as the school district examines its policies on preventing and reporting child abuse amid a new sexual-abuse case that is one of the largest in the region in recent years.

Deonte Carraway, 22, an elementary school volunteer in the county was arrested in February for allegedly directing children as young as 9 to perform sexual acts and video-recording them. Police say that there are at least 17 victims and that some of the offenses occurred during the school day at Judge Sylvania W. Woods Elementary School in Glenarden where Carraway volunteered.

As the investigation of Carraway continues, the county’s history in handling such issues is drawing close scrutiny.

The million-dollar settlement involved Brian A. Gwaltney, a former teacher and assistant football coach at Flowers High School who allegedly preyed on a ninth-grader, repeatedly pressing her for sex — and sexually abusing her in his classroom during the lunch hour in the 2009-2010 school year. Gwaltney was 37 at the time.

Gwaltney was convicted in April 2011 of two counts of child sexual abuse related to his conduct with the 15-year-old victim and another teenager. He was sentenced to 10 years in prison for each case, with five years suspended.

The civil suit against the district, which was brought as a federal civil rights complaint, alleged that Gwaltney pressured several female students for intercourse in his classroom and other places, in a high school with a “widespread history and problem of sexual abuse by teachers.”

The Gwaltney case was “the most recent example of sexual abuse by a teacher of a student at Flowers,” the lawsuit said, alleging that the school system “has not taken appropriate action to adequately deter this conduct, supervise teachers and ensure the safety of its students.”

Based on past incidents, the lawsuit claimed, the district has established policies and practices that failed to ensure the supervision of employees and the detection and investigation of incidents of sexual abuse of students.

The complaint alleged that Prince George’s policy allowed teachers to hold “one-on-one meetings” with students in locked rooms during school hours and says students were not aware of any confidential method for reporting abuse from teachers without fear of retaliation or repercussions.

In court documents filed in 2012, the school system denied many parts of the complaint, including those related to its policies and practices; to a history of abuse at Flowers; and to the assertion that school administrators knew or should have known about Gwaltney’s conduct but failed to remove him in a timely manner.

The school system also denied that it was liable for Gwaltney’s conduct or that he was acting in his official capacity as an employee.

The complete details of the settlement in the Flowers case are confidential, but the district released the dollar amount in response to the records request.

The Post reported in early April that at least five teachers were charged with sexual offenses in a period of six years at Flowers, located in Springdale.

[For years, Prince George’s did not strengthen school-sex abuse policies]

Prince George’s officials said Friday that they do not, as a practice, comment on the details of litigation or legal settlements but that student safety is of “utmost importance” and they are committed to “doing everything possible” to address safety issues.

The mother of the victim listed in the Gwaltney civil case declined to comment, referring a reporter to her attorney. Maryland lawyer Timothy F. Maloney, who represented the family, said he could say only that the matter has been resolved.
Gwaltney, recently released from custody, could not be reached, and his attorney declined comment.

In the wake of disclosures in the Carraway investigation, several experts have described the school district’s abuse-related policies and procedures as vague and limited in their capacity to protect children.

Kevin Maxwell, the school system’s chief executive officer, has appointed a task force to review the district’s policies and procedures and make recommendations by May 2.

“We’re doing absolutely everything in our power to review our policies, examine our systems, to ensure it doesn’t happen again,” he said in an interview with The Post in March.

The task force meetings are closed to the public, leading a Greenbelt resident to file a complaint with the state’s Open Meetings Compliance Board.

Told of the amount of the recent abuse-case settlement, several civil attorneys in Maryland said it is difficult to assess whether the agreement is exceptional or to compare it to other payouts because so many individual facts and considerations figure into litigation. Settlement calculations in such cases often focus on psychological damage to the victim and the cost of a lifetime of therapy, said Bill Brennan, a longtime Maryland lawyer.

“It’s much more difficult to quantify a psychological injury than say a broken leg or a broken bone,” Brennan said. “They would have to quantify the extent of the trauma and the length of time for treatment.”

The teenager in the Flowers settlement withdrew from school in May 2010 “due to her fear that other teachers would approach her and pressure her to have a sexual relationship,” the lawsuit stated. Her belief was not unreasonable because “several teachers in the recent past” had engaged in conduct similar to Gwaltney’s, it said.

Lawyers have filed at least five civil suits against the school system on behalf of alleged victims of Carraway, including a class-action lawsuit. The size of any possible monetary settlements would depend in part on the extent to which the school system is found liable.

“Liability comes if the school system was put on notice and . . . failed to do something,” said Terrell N. Roberts III, a Maryland lawyer who handles civil cases. “It speaks very poorly of the school system that these things keep coming up for them.”
The fallout from the Carraway case also could linger in court for years, as it must move through the criminal system before civil matters can be considered.

The emotional impact for any victims of Carraway could fester even longer, said Roberts.

“It leaves a scar a mile long,” he said. 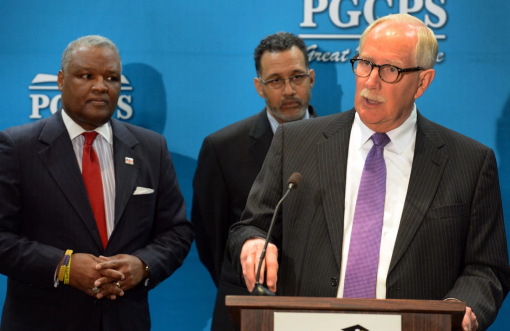