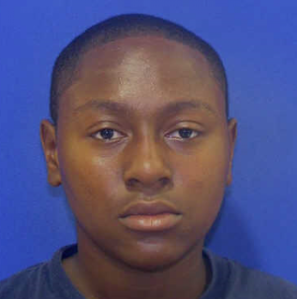 As his senior year at Duval High School approached,­ 17-year-old Jajuan Mcrae had a list of plans: SATs, applying to Delaware State University and obtaining a permit to learn how to drive.

Those aspirations ended abruptly Friday night when an argument and a fight with another teen led to gunfire that killed Mcrae in Glenn Dale, Prince George’s County police said.

Authorities issued an arrest warrant Monday for a 17-year-old in connection with Mcrae’s death.

Police said they are searching for Chet Markland Jarrett Jr., who lives in the 100 block of B Street in Lothian and is accused of first- and second-degree murder. Investigators said they think he shot Mcrae, of Brookstone Terrace in Glenn Dale, after the two youths brawled Friday night in the 4300 block of Rockport Lane.

Officers found Mcrae suffering from gunshot wounds after they were sent to the scene about 9:55 p.m to check on the welfare of a person, officials said. Authorities took Mcrae to a hospital, where he died.

Police said the teenagers had been engaged in an ongoing dispute, which culminated in a fight and the fatal shooting.

Mcrae’s family is left with questions about how a young man relatives described as easygoing managed to become embroiled in a deadly confrontation.

Mcrae had been raised by his grandparents in their home in Glenn Dale until a year ago when they retired to South Carolina, family members said. An aunt, Shombee Veney, moved into the house so Mcrae could finish high school at Duval and prepare for his next stages of life.

“You know when someone says they have the perfect child? He was well-mannered, always happy,” Veney said in a telephone interview, adding that he had a bright future ahead of him. “He was the most mild-mannered, easygoing indivdual.”

He had just spent the summer visiting his grandparents, and as the school year neared, the teenager told his family that he wanted to study business in college.

Like most teenagers, Mcrae kept a short list of things he loved in life: his Playstation 4, playing basketball with friends, Old El Paso tacos and his family, Veney said. He was the eldest of four and had a 14-year-old sister, a 5-year-old brother and an infant sister.

The only angst he gave his family was being a Philadelphia Eagles fan in a house full of Washington Redskins and Dallas Cowboys fans, family members said.
Authorities said they will charge Jarrett as an adult. Police have not told Mcrae’s family or said publicly why the two teens fought.

Mcrae’s family hopes police will arrest his killer or that he will turn himself in and provide some answers as to why Mcrae was shot.

“He was a good kid with plans for the future,” Veney said. “He was an innocent boy. He just could have gone so far in life.”