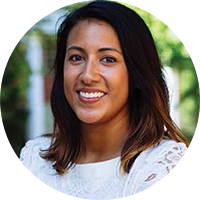 Dinora Hernandez has defeated Amber Waller, a longtime member of the Prince George’s County Board of Education, to win the District 3 seat.

The victory comes more than a week after election night, when Hernandez and Waller were deadlocked with seven votes separating them. The vote continued to be too close to call after a first batch of absentee ballots were counted last week, with 115 votes between the candidates.

Even though there is a second batch of absentee ballots to count, Alisha Alexander, the county election administrator, said there weren’t enough to change the final result.

“There are not enough votes out there to make a difference,” Alexander said, estimating that there were less than a half dozen uncounted absentee ballots in District 3, which includes Hyattsville, University Park and Adelphi.

Hernandez will become the second Hispanic member of the school board. Lupi Grady, who defeated Peggy Higgins, another incumbent, is also Hispanic. Grady will represent District 2.

Hernandez said Friday that she was pleased with the results.

“With everything that has gone on, I’m happy to see the work paid off,” she said, noting that she learned a lot about the work of the election board after watching officials count absentee ballots. “I’m looking forward to hitting the ground running.”

Baker was criticized last year when he did not appoint a Hispanic to the Board of Education when he was given authority to name three members to the new hybrid board.

Hispanic leaders said they were disappointed in Baker’s decision not to include a Latino among his choices, given that almost 23 percent of the student population in the public school system is Hispanic.

union corruption around the world has become a major problem for workers and especially in Prince George’s County District in particular where County Executive Mr. Rushern Baker III has turned them into pig banks starting with ASASP Union, PGCEA, MSEA, ACE- AFSCME Local 2250 and others . >>> Read more ~ Big losses for the Labor Unions in Election 2014.