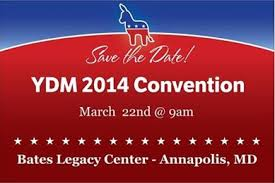 The Young Democrats of Maryland announced that Delegate Aisha Braveboy, Delegate Jon Cardin and Senator Brian Frosh, have all recently agreed to join them for a debate on the future of equality and justice in Maryland.

The Attorney General Debate will take place on March 22nd 2014 at 1pm during the Young Democrat of Maryland‘s annual statewide convention in Annapolis, MD at the Bates Legacy Center.  Members and Maryland residents will be able to ask their questions in person or submit it via twitter.  Senator Brian Frosh is endorsed by Prince George’s County Executive Rushern Baker and The Maryland State Education Association (MSEA) which is the state’s largest teachers union. MSEA decided to back Senator Frosh who represents residents of Montgomery County in Annapolis.  AFSCME Council 3, another large public sector union, has also endorsed Frosh as well. So far, Washington Post poll shows that Delegate Jon Cardin is riding the wave with a comfortable lead over his opponents.

One issue of concern in Maryland which needs to be explored and fixed is the issue of Union corruption with the pipeline of money to the politicians. Something must give way to decency in the future of the county and the state of Maryland especially within the schools.

Something is just NOT alright in Maryland with organized labor. The smell is getting bigger by the day but where are the damage control experts? Who is making these unions accountable? Are employees going to close their eyes shut as they get duped?

At the beginning, we were among the staunchest defenders and believers in the union right to negotiate fairly, so we fought off the propaganda from other activists around the country in the blogs. We did so because, like any human beings, we did not want to appear we made a wrong choice to vote for anti-labor. However, given the experiences we have been through. It’s high time to create an accountability mechanism for the unions including AFSCME International pictured below and let the chips fall where they may. 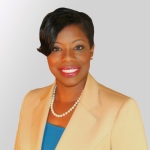 Role of the Unions in Maryland and ensuing corruption in the work place must be addressed throughout the state.

Big Unions vs. poor workers and the inequality of life.