Education a breeding ground for corruption

The Prince Georges’ County Public Schools (PGCPS) unflinching commitment to conduct that antagonizes the rightfully prevailing winds of wisdom and decency ensures a dark chapter in this country’s history of education.

We are optimistic that the injection of new Board leadership will put a long overdue end to that period. While Board of Education chairperson Verjeana Jacobs’ self-resignation would have had considerable value, the community will settle for any end to her reign of terror.

The task of ousting the current Board of Education has been compared with “…scraping a sticky wad of chewing gum from the bottom of one’s shoe.” Like any other corrupt regime, the Board of Education for Prince George’s County, is deeply rooted and plentiful with regard to resources.  The character of the Board of Education makes the task of cleansing its corruption a difficult task.  The said Corruption started earlier with the former superintendent Dr. Andre J. Hornsby, who commanded the regime. It is no surprise that the former superintendent is now incarcerated. Despite the end of the former superintendent, the reigns of corruption were merely continued in light of the appointment of the current Board Chair person Ms. Verjeana Jacobs. Under the leadership of Ms. Verjeana Jacobs and her trusted cohort PGCPS chief legal counsel, Dr. William Hite Jr, labor relations Director James Whattam, Synthia Shilling and other conspirators. The corruption marely intesfied.

Given the seriousness of the regimes’ practices and the policy of the command in protecting themselves and covering up their crimes, Reform Sasscer movement calls for the reforms as articulated in our earlier post in the blog (Here).

“What gets us furious and terribly frustrated is that these people have spent huge sums of taxpayer money on shenanigans that have little or nothing to do with children or their education.” (Read more) Washington Plaza fiasco. ( Board Retracts Lease for Headquarters) We also have the Board of Education’s endorsement of sex molesters, some of whom coincidentally are colleagues of Ms. Verjeana Jacobs.  A previous Board member was caught molesting children within the school system. The pimps of the Prince George’s County school system, which include athletic coaches and others, that Prey on young children manage to evade proper scrutiny directly as a result of their political affiliations. The union leadership is compromised in all four unions in PGCPS District in order to continue benefitting illegally from the fraud.  There are many cases of this nature some which have been reported in the media this year alone. (Read more) (Read more). The list goes on and includes Bus drivers who appear drunk and involved in the same with full knowledge of the current administration.

We agreed/agree with our teacher friend. “Due process” is a tool that often times is manipulated by public corruption.  Thus, Due process must be identified and harnessed in a fashion that was contemplated by the Constitution, and not private corrupt entities.

At the time of writing this post, Mr. Rushern Baker, our County Executive for Prince George’s County, was poised to appoint the new Board Chairperson, Vice chairperson as well as additional Board members to the Board as a result of Bill HB1107. We are supportive and very confident that the general Assembly in Annapolis did the right thing in making these changes.

The current chair of the Board Ms. Vejearna Jacobs has some atonement to make, for it was egregiously wrong in giving the PGCPS district a clean bill of health when Superintendent Hite was at the helm. The fact that the state agency could not smell even one rotten fish is beyond belief, in light of the pungent odor of corruption emanating from the PGCPS. It is such a disgrace to lead an organization that constructively prides itself on having the most corrupt Unions in the universe and costing the Maryland tax payers lots of money with impunity. The PGCPS situation is not very different in many aspects to Baltimore jail scandal aided by Union politics. The same elements of dirty politics and inadequate response to serious issues have manifested themself in PGCPS (Read more).

But that is another matter, altogether.

The more important question to ask  is this: What is it about our Prince George’s county and its citizens that attracts corruption and criminal enterprises?

At times, it has seemed to us that the raison d’etre of the law enforcement community is to combat corruption in PG County.

Corruption and criminal behavior in public places are as old as the hills. What is striking, however, is that the educational milieu has started playing host to more and more schemers and charlatans in many parts of the United States, starting with PG County, Georgia, El Paso, New Orleans etc.

So, what is it with public education and corruption? Who are the people sitting on school boards and managing multibillion-dollar enterprises? What qualifications do they bring to their jobs, and have they been vetted, at least to a reasonable degree, to ensure that mismatched ambition, mediocrity and opportunism are not opening a back door to malfeasance? The Washington post article on November 4th, 2012 was very clear and correct in their assertions. After the said Washington post article appeared, PG County citizens decided to change directions and elected two more members with college degrees bringing the number to four. An anonymous employee rightfully said that “We deserve board members who are enlightened to educate our kids and manage the money without corruption.”

Everybody knows that PG County schools rank second to none only to Baltimore City schools with regard to having the worst school system. How is it that we can expect children in PG County to succeed when the leadership itself hasn’t even attained the most basic levels of professional education? What kind of leadership can we logically expect from someone who has only a High School Diploma? I’d reconcile that we’d get what we’re getting……subpar schools. Read more: We posed these questions to our teacher friend.

“The education field is a very safe place for a crook. It offers excellent sanctuary,” she said. “We expect there to be corruption on Wall Street. We expect bankers and corporate CEOs to be motivated by greed and profit margins.

“But a school District anywhere in the US is like a church. Good things are supposed to happen there. Who would want to suspect a teacher, a principal, a superintendent, a lawyer, Chief Financial officer, Chief Human resources officer , a school-board member of underhanded doings and a Board chair of suspected fraud?

“So, a few ne’er-do-wells hide in the public’s trust and do a lot of damage.”

“What blame, if any, does the public bear?” We asked.

“A lot,” she said. “School-board elections are important ones, and yet, it is like pulling teeth to get people to vote in them. A sleepy County like Prince George’s may be a good place for retirement, but it is a bad place for honest politics.” Just look what Jack Johnson (johnsonjackindictment) and his wife  Leslie Johnson did to the county. She added. In addition, it’s wrong to have communication Director brought in for the sole purpose of covering up the corruption.  This person continues to bad mouth the county’s leadership, while purposely misidentifying the inadequacies of the county.

“You can hood an ass here with reverend purple,” one member in the movement said, borrowing from Ben Jonson.

Anytime you introduce the possibility to deviate from the lowest sealed bid, you introduce the opportunity for influence, favoritism, possibly fraud, possibly corruption. The PGCPS status quo of continuous unabated corruption, conmanship, gerrymandering and professional misconduct involving the Sasscer adminstation with the support of the unions and other conspirators etc is not the answer!

“Ideas are not set in stone. When exposed to thoughtful people, they morph and adapt into their most potent form.” ~ Sir Ken Robinson 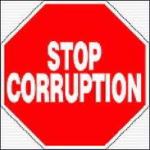 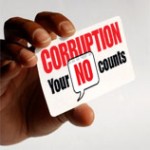