The Epicenter of the PGCPS Corruption: 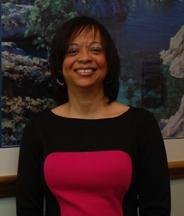 There are serious problems with our education system today in Prince George’s County public schools (PGCPS). The school system, whether discussing the schools or the Unions, within the PGCPS school district offer perspective that is not cordial to the perspective of students, staff and parents of the community. Most teachers enter the education field armed with enthusiasm, hope and a desire to positively impact the children. The agents of PGCPS have proven through their conduct that all teachers don’t share those characteristics. But what is more regretful is that some of the teachers who do have those characteristics are antagonized for their virtues and/or penalized in their efforts to spread those virtues.

If only for the sake of ensuring accountability and redress, these issues need to be brought to light. The School system’s compliance with its duty to the community has to be achieved. But more importantly, it has to be prioritized in a proper and in an accountable way. A rush to create an additional 15 positions directly answerable to the board as a whole or its members only and without proper scrutiny by the incoming leaders et al, is an affront to undermine the future leadership using corruption. The PGCPS Board led by Ms. Verjeana Jacobs has similar characteristics to those of Miller County schools and Dekalb schools in Georgia.

The reformation of the PGCPS unions is a necessary step in the reconstruction; the lack of representation provided by the unions and their inadequate grievance address will not fit, or be tolerated, in the reformation. While this article won’t be able to address all of the problems in the PGCPS education system, the elevation of Mr. James Whattam as the Director of Labor Relations is a start. Mr. James Whattam, who retired from Maryland State Educator Association, is awarded by PGCPS with a paycheck for his protection of corruption. In exchange, PGCPS maintains status quo or advances the corruption. When James Whattam could no longer forward the corrupt objectives of PGCPS, he was vested with the privilege of appointing someone who would continue the tradition. Mr. Damon Felton Esq was pleased to continue in James Whattam’s destructive footsteps at the Maryland State Educator Association (MSEA). There is clear conflict of interest, regardless of the angle from which you examine Mr. Felton’s appointment.

Anyone else would be under suspicion for fraud (at the very least), misrepresentation (at the most), and conflict-of-interest (certainly). However, only the faction of the community that challenges the corruption come under scrutiny, to put it mildly.

The newly-formed ethics panel (Chaired by Sidney Gibson and Vice-Chaired by Lilia B. True) and the law enforcement community are vested with the task of weeding out the BOE’s entrenched corruption that has proven costly to all. While the ethics panel and this community may not have the cadre of lawyers that the BOE has/had at its arsenal, we have the truth and an unwillingness to accept any alternative to community progress and empowerment.

The Reform Sasscer team, which is composed of professionals, teachers, students and parents, advocates innovation, fiscal stability and transparency for the purpose of redress PGCPS corruption. A considerable portion of corruption emanates from the Office of Chief Legal Counsel and Labor Relations. Both offices can say “job well done” after they have paid off attorneys, including hearing examiners reviewing worker-related cases.

There is no question that the epicenter of the corruption in all Prince George’s county public schools (PGCPS) owes its existence to the General Counsel’s office, which was managed by previous Chief legal officer Mr. Roger Thomas Esq. When Roger Thomas Esq. could no longer sustain the corruption, Mr. James R. Whattam picked up the torch. James R. Whattam now wields the power and commands the community’s lawyers in the direction of the school system’s destruction. We must collectively demand and end to this culture.

A closer look into the General Counsel’s office demonstrates that the corruption is second-nature to the office; previous Chief Human Resouces Synthia J. Kucner and (Director of Employee and Labor Relations) James R. Whattam, Esq. are both affiliated with the Office of General Counsel. Synthia J. Shilling aka Kucner was formerly the Deputy General Counsel before becoming the chief Human Resources Officer. According to reports in Washington post, she had been caught red-handed several times drunk driving. (Read more).

Furthermore, as indicated above, Mr. James Whattam Esq. formerly worked with the teacher’s union as legal representative. This definitely creates a conflict of interest at many levels and promotes Union corruption. Someone should investigate how many positions/titles these individual actually have. According to the school system website, Mr. Whattams office is supposed to conduct thorough and timely investigations for employees and students filing harassment/discrimination claims. The functions of the Employee and Labor Relations are so integral that those functions are expressly enunciated.

To enhance their corrupt illegal activities, the legal department awarded a $5 million legal tender to Thatcher law Firm to represent PGCPS and Dr. William Hite. That award was implemented in the absence of any competitive bind against the rules of Board of Education in 2011 (Read the story here). The said law firm (Thatcher law Firm) is being used to conduct illegal activities in support of corrupt agendas, which include the bribery of attorneys and the defense of illegal activities against staff with legitimate cases. Tax payer’s money is being used by the legal department; all the while, Mr. James Whattam and Verjeana Jacobs are undermining transparency and accountability with no opposition. In addition, the Thatcher Law Firm led by Ms. Abbey Hairston, awarded close to $8,000 towards political contributions to the chairman of the Board of Education, Mrs. Verjeana M. Jacobs Esq. That award created a conflict of interest in light of the $5,000,000 that was awarded. This is unacceptable. The future Board should demand a return of this money from Thatcher law firm. Failure to do this, corruption would have been rewarded.However, that is not true. This office is involved in deep-rooted corruption, which includes systematic delays and the tampering of evidence. The corruption does not end with that office. That office also engages in corruption with the Unions. The office is the center of corrupt Union politics and should be abolished at a minimum. As the school’s reformation demonstrates a new idea, hiring new attorneys to achieve these reformations is the only logical next step.

A reform of the PGCPS Board of Education in the absence of a “clean house sweep” will create some accountability but might not result in the reform needed to improve PGCPS. It is important to take a closer look into the activities of this office and the role it has played in denying job opportunities to staff, as well as educational opportunities to thousands of students. For example: Ms. Synthia J. Shilling, Esq. was in the center of a Filipino teacher’s fiasco (read the story here), Roger Thomas Esq. has been involved in shady deals, which includes questionable contracts involving Washington Plaza and Dr. Andrea Horsby , who is now serving jail time. The illegal tender activities and other questionable tricks of the trade are endless, just like the list of practitioners, which includes Jack Johnson. Jack Johnson’s pay to play corruption is still alive in the PGCPS. (Others read article here).

The time has come to seek new and fresh leadership for General Counsel Office within PGCPS, thus severing all ties of corruption. Roger Thomas Esq was in that position for close to 19 years before being fired for corruption (read more). He left the county with his corruption exposed. To our surprise, the other attorneys associated with him did not take a hint to resign on their own. While the other attorney’s acknowledgement for the need of redress would have been nice, any step toward address is welcome. If the incoming board of education would not do anything to enact any change in this office now, we are asking the general public to exercise its right and vote them out once and for all in the future elections. The Board of education has power to do many things; they can suspend with or without pay pending investigations. They can terminate their employees! Despite the endless ability to scrutinize their employees, the Board of Education has not applied that review to themselves. Let us demand full investigations concerning this office and let the chips fall where they may. Time has come for the school system to move in a new direction, beginning on June 1, 2013. We are watching!

Once again, as we have articulated before, the PGCPS status quo of continuous unabated corruption, conmanship, gerrymandering and professional misconduct involving the current Sasscer adminstration with the support of the corrupt unions and other conspirators etc, is not the answer!