The union for Prince George’s County school principals and administrators has filed a $100 million federal class action lawsuit against the county school board and former schools superintendent William Hite.

The Association of Supervisory and Administrative School Personnel, or ASASP, filed the suit Nov. 2, alleging that school administrators were fired or demoted under Hite due to age and race discrimination.

Reed said black male administrators were singled out during the tenure of Hite, who is also black.

“When we looked at it, older black males had no chance of promotion,” Reed said.

The suit also alleges that during the last reduction in force, board member Donna Hathaway Beck (Dist. 9) met with certain white employees and assured them they would continue to be employed with the school system, regardless of seniority or the RIF plan.

Reed said previous attempts to resolve the issue with the school board failed.

Schools spokesman Briant Coleman said Tuesday that the school system could not comment on the lawsuit, stating, “Prince George’s County Public Schools has not been served with a complaint by ASASP.”

The suit came a little over a week after the school system finalized an agreement with the teacher’s union, providing teachers with their first pay raise in three years.

Pay raise negotiations between the ASASP and the school board are still ongoing, Reed said.

The Maryland State Board of Elections is looking into a complaint against Prince George’s County School Board Chairman Verjeana Jacobs (District 5) that raises questions about campaign finance reports her campaign filed this year. The most recent report was filed less than two weeks before her reelection. (Read more).

The Prince George’s County Public Schools system is facing a lawsuit from the union that represents the schools’ principals and administrators. According to the published article by NBC News, The Association of Supervisory and Administrative School Personnel, or ASASP, filed a $100 million federal class action suit against the schools and Dr. William Hite Jr  on November 2, 2012.

The Complaint centers a lot on Dr. William Hite Jr who alone replaced almost half of the principals in the Prince George’s County Public schools (PGCPS) (Read More)

Dr. William Hite Jr (pictured above)  and the whole saga.

A Force to Be Reckoned With

Election Day was a great victory for working families and for the Reform Sasscer Movement for Prince George’s County!  We at the Movement chose a future where opportunities are available to everyone, and not just a select few.

We won because of thousands of PG citizens rallied, made phone calls, knocked on doors, red our blogs and drove people to the polls.

It’s not just the Presidential contest that we are celebrating today, either. From U.S. Senator Benjamin Cardin in Maryland, to John Delaney in 7th congressional District, to Congresswoman Donna Edwards and Congressman Steny Hoyer in southern Maryland — working people have strong new allies in the U.S. Congress. And we won key seats for the Board of Education (“BOE”) in Prince George’s County Maryland. Ms. Carletta Fellows, Edward Burroughs and others are going to represent us well.  At the time of going to the press, Mr. David Murray our preferred candidate and Ms. Epps were in Statistical Dead Heat.  The official winner for BOE District 1 may not be determined until Nov. 16, 2012. (Read more) (Read More) Above all, many thanks to Raheela Ahmed – School Board Candidate  District 5 who put up a brave fight against the Board of Education chairperson who had all the resources. The chair of the board almost lost.

Nevertheless most local elections for BOE members were very exciting to watch. PG citizen spoke loud and clear. The elections in Prince George’s County District 5, 4 and District 1 were very close to call. The message is very clear, majority of PG county citizens want to see change from their elected leaders and corruption as a way of life cannot be condoned.

Make no mistake though, as sweet as Tuesday’s victories are, we must continue fighting. Next week, Prince George’s County Board of Education and Congress will reconvene to consider many important budget issues that will determine America’s priorities—and just like in the election, we’re going to need your support on the frontlines of the fight.  Embedded herein are our top priorities.

How we got here must guide where we go. If we’re going to accomplish the things America voted for on Tuesday, you’ve got to be even more involved in getting them done than you were in giving our elected officials the chance.

Now is neither the time to relax nor is it a time to feel defeated (for those who lost). Now is the time to take a deep breath, review the results, congratulate the winners, and keep a steady eye on our leaders. Maintenance of our freedoms demands of us our continuous involvement and engagement in matters concerning our system of self governance.

We’ll be in touch soon about how we can get started on some of the President’s top priorities in his second term.

For now, we just want to say we are so proud of this team. And we can’t wait to see where you take this incredible movement from here.

Cheers for everything you’ve done and continue to do to protect public services.  We thank you for your outstanding support, friendship, prayer and belief in our reform Sasscer movement campaign. Don’t stop fighting for what is right and for what you believe in. We must reform Sasscer once and for all.

May God bless Prince George’s County -Maryland and may God bless the United States of America.

Moses Mackenzie, Founder of Reform Sasscer Movement for Prince George’s County will be greeting voters throughout Prince George’s County District on General Election Day Nov 6th, 2012 during a whirlwind tour of all 5 Districts within the Prince George’s County – Maryland to help get out the vote. During the tour, Moses will promote President Barack Obama, U.S. Senator. Benjamin Cardin, Congresswoman Donna Edwards and others. (see a list of our endorsed candidates here)

By 10 am, Moses will be in District 4, starting in the north and working his way to the southern part of the county; proposed visits will include Fairmont Heights, Bladensburg, Gladys Noon Spellman, Seabrook and Judith P Hoyer Montessori to provide support for Mr. Micah Watson – School Board Candidate District 4.

The final leg of the tour will take Moses across routes 495, 301 and 450  to and back into District 1 and District 5, visiting northern sites to include: University Park, Hyattsville and Bowie Library.

Stay up to date with Reform Sasscer Movement for Prince George’s County on our Blog and Facebook and Twitter at @moses100000 for additional information.

Be sure to look for our campaign trucks and wave or honk on your travels. We appreciate your support.

It’s time for new representatives in Prince George’s County Public Schools (PGCPS) Board of Education District. Well-wishers are encouraged to assist as much as possible to all our candidates in the polling centers during this election.  It’s time for change!

Finally, the time has come.

On Tuesday November 6th, 2012, US citizens in PG County will officially vote for new Board of Education members and political leaders.  (See our endorsements) Above all, We will re-elect President Barack Obama for another four-year term. The campaign has been issue based. It has been about the issues that the ordinary citizens faces and continuous to face.

We  have travelled all over this county and from Oxon Hill to Laurel, Seat Pleasant to Forestville,  District Heights to Hyattsville, the indignity of poverty is evident, It is clear that PG Citizens lack basic needs and most schools are in terrible shape. The number of homeless children continues to rise sharply and Prince George’s County Board of Education chairperson refuses to address the issues heads on. The chairperson has chosen to surround herself with corruption while using her husband to do her leg work. The Morally dead situation must come to a stop  on Tuesday November 6 2012  after the election. Voters on that day will retire the current board chairperson promptly with others.

The world is changing. We must choose to either maintain the status quo or elect new and fresh leadership that will change the history of our county. Leadership which is not based on corruption is better than one which is based on manipulations as seen in the past three years under the current leadership. It’s time! 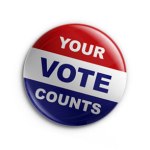 Below are our endorsed candidates for Prince George’s County Board of Education  2012 Elections. 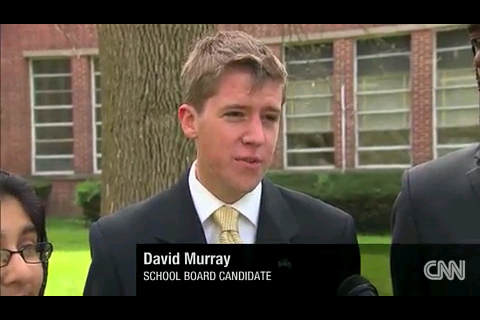 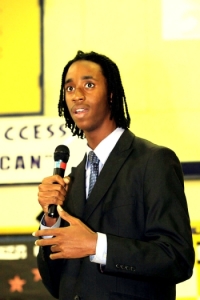 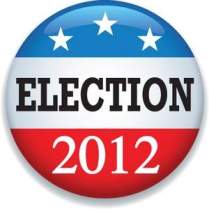