Upper Marlboro: Prince George’s County Public Schools (Pgcps) BOE Chairwoman Ms.Verjeana Jacobs is to be voted out this November 2012 for engaging in acts of corruption such as misappropriation of funds and bribery while ignoring the welfare of the students and staff. We at the Reform Sasscer movement are calling on Attorney General  of the state of Maryland to investigate and bring to an end the corruption going on in the Sasscer Administration building – Upper Marlboro. 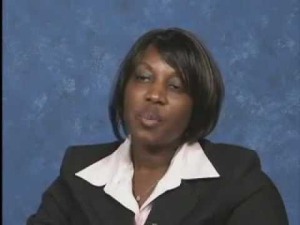 Ms. Jacobs is not acting alone, while engaging in the aforementioned corruption. Ms. Verjeana Jacobs is acting along with Dr. William Hite, Roger Thomas, Sythia Shillings and others.  For the betterment of the students in Prince George’s County Public Schools, “We must end the culture of corruption. Create transparency and accountability in many ways for the betterment of  this ancient old land” said one anonymous employee.

If Ms. Verjeana Jacobs comes knocking on your door this election season ask her the following 12 questions:

The list is endless. But you can always combine your own questions and post them in our blog. We must innovate, transform and change PGCPS for good!